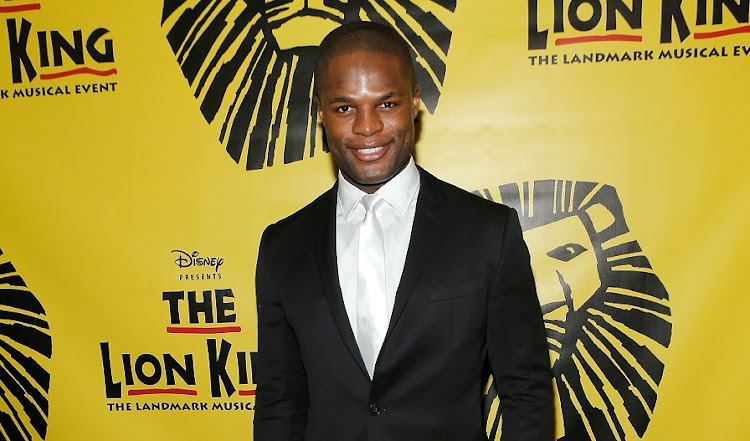 Actor Andile Gumbi's life will be celebrated at a memorial in Johannesburg on Wednesday.
Image: J. Countess/Getty Images

Friends, family and fans have gathered at the Assemblies of God hall in Sandton, Johannesburg, on Wednesday afternoon to celebrate the life of former Isibaya and The Lion King actor Andile Gumbi.

The star, who played the role of Zweli Ngubane on the popular soapie, died in an Israeli hospital two weeks ago after suffering a cardiac arrest last month.

Andile was performing in a production called Daniel The Musical in the country at the time, with the production confirming that his wife had flown out to be at his side.

News of his death sent shock waves through the country, with tributes flooding in for the star.

Paying our respects to the late Andile Gumbi this Wednesday at Assemblies of God (Sandton) at 13:00.
A great man deserves a great send off, let gather together and give this phenomenal thespian exactly that. #RIPAndileGumbi pic.twitter.com/ha9kq4diR6

“We used to drive together after rehearsals. He had an incredible heart. He had done so much but he never made us feel like he was bigger than you. He always inspired me. If I had one more moment with him I would want to thank him for being real and for being my brother,” she said.

Nelisiwe added that Andile had encouraged her to never give up on her dream of acting.

“I owe so much to him. He told me that I could do it. It inspired me to go to auditions and to chase my dream. It meant so much to me that someone I looked up to believed in my talent.”

Andile's body arrived back in the country earlier this week ahead of his funeral this weekend.

Spokesperson Ayanda Ngema said that funeral details would be communicated at the memorial on Wednesday.

"He started complaining about being tired, and the next thing he was lying in a hospital bed."
Entertainment
2 years ago
Next Article