Lady Zamar: 'I was abused and used by ex-lover' 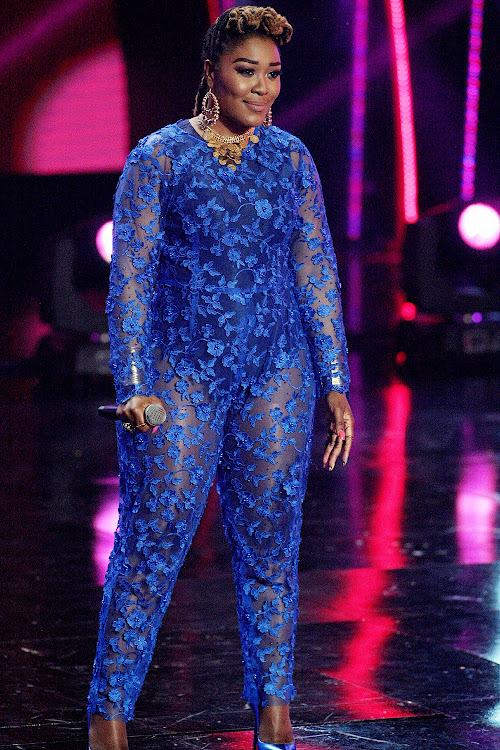 Songbird Lady Zamar has launched a scathing social media attack on her ex-boyfriend, an award-winning musician.

In a series of tweets, she puts the musician, whose name is known to Sowetan but is withheld following legal advice, on blast for deceiving her about having a wife and denying that he was married even after she confronted him.

She detailed alleged verbal and sexual abuse at the hands of the singer.

"You guys are exhausting man.. I've been saying... Your precious Zulu man is a liar and a cheater.. Cheers to every person that didn't believe me when I told them that that n**gas married," she wrote.

"Everyone says keep quiet, being quiet is classy, saying nothing is cool.. you know Twitter is a negative place.. that's the advise I'm getting.. People focus on the music, forget about him.

"I was abused [verbally and once sexually] and used. I was lied to and cheated on. Did I know [about his wife]? No.

"Did people tell me who knew? Yes some. [I] got inboxes and calls. Did I ask? Yes. Did people I knew know what kind of man he is? Yes. Did they protect him? His friends? Yes."

The former lover's publicist said: "Unfortunately I'm unable to give you an official statement at the moment, as he is currently seeking legal advice."

Lady Zamar's phone rang unanswered and she did not respond to messages.

Her outrage was triggered after the ex on Sunday confirmed that he had a wife during a show.

The ex-lover's mother made an appearance on stage, introducing her daughter-in-law and thanking her for looking after her son.

Lady Zamar said she was invited to perform at the show and found it disrespectful.

"Surprising that I was invited to perform at this event on Sunday where the wife was coming. The disrespect," she said.

The alleged 'hackers' have said sorry to everyone they've offended and even claim they will return the Twitter account to Babes.
Entertainment
2 years ago

"Why now? I said I was told to keep my truth until the time was right. So why didn't you? Coz my gosh I'm tired of y'all talking about me.

"'Maybe you bitter'. I guess that would be better. 'She's not over him'. I was never in it to begin with.

"'Why didn't you say anything?' Who believes the woman who was abused, hurt, threatened by their favorite person?

"Spent a whole two years fighting within myself.. asking myself how does it happen to me? Me? Yami.. a whole Lady Zamar? How do you become a victim when all you've ever wanted was love? How do you survive? How do you piece your life together again."

Lady Zamar said she has been in therapy for eight months now and was doing much better.

"I thought I was going crazy, started having nightmares and nervous breakdowns. It was hell," she said.

"Couldn't tell anyone coz I was ashamed, never confronted my abuser. Can you believe for 5 months I couldn't look this person in the eyes coz of sheer fear?"