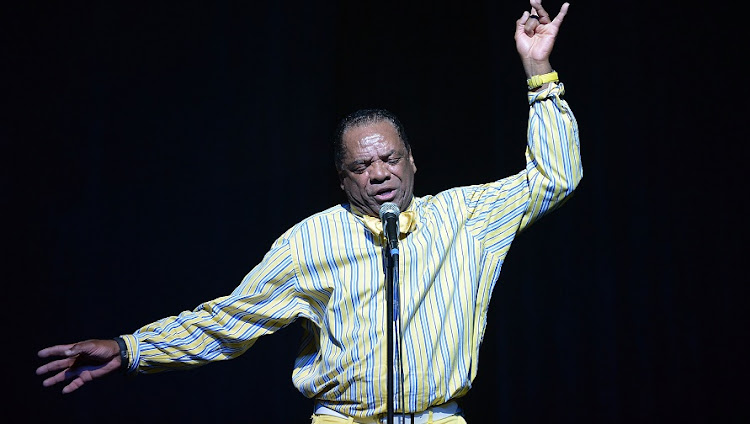 Tributes have poured in for actor and comedian John Witherspoon.
Image: Vallery Jean/WireImage

Tributes have poured in for veteran US actor and comedian John Witherspoon after the Friday star's death on Tuesday.

Witherspoon died at his home in California, with his family confirming the news on social media.

It is with deep sadness we have to tweet this, but our husband & father John Witherspoon has passed away. He was a Legend in the entertainment industry, and a father figure to all who watched him over the years. We love you “POPS” always & forever.

Speaking to Deadline the family remembered the star as “one of the hardest working men in show business”.

“We are all in shock, please give us a minute for a moment in privacy and we will celebrate his life and his work together. John used to say ‘I’m no big deal’, but he was a huge deal to us.”

John was best known for his role as Willie Jones in the Friday movies and for voicing Robert Jebediah “Grandad” Freeman in The Boondocks. He also starred in films such as  I'm Gonna Get You Sucka, Soul Plane, Little Man, The Incredible Hulk, The Fresh Prince of Bel-Air, The Tracy Morgan Show and Black-ish.

The actor topped the local Twitter trends list as fans and friends flooded social media with tributes and videos of scenes he had acted in.

So...my Dad died today & honestly I’m not sure how to feel. I’m sad, but I’m also happy 4 all the great times we had together. We’d roast each other like homies more than Father & Son, and I really liked that. He was my best friend & my idol.

My dad, my grandpa, my comedic inspiration! I love you Spoons! Rest In Paradise, King pic.twitter.com/U6GsNrrKXF

here's a supercut of john witherspoon eating food in movies just because pic.twitter.com/nSE7qihmtl

I Was Literally Just Thinking About How Funny The Next Friday Movie Was Gon Be When It Finally Came Together. A Legend To Never Be Forgotten. Rest Easy John Witherspoon ?? pic.twitter.com/Spg1Dy6Fpz

This hurts real bad ? It feels like we just lost someone I knew personally ?

I'll be watching the Friday trilogy and The Boondocks ALL DAY while I recuperate...

Rest in peace John Witherspoon.
I used to watch him on the ''The Wayans Bros'' years ago and I also fondly remember some of his other work.#RIPJohnWitherspoon#JohnWitherspoon pic.twitter.com/HAOAemzF2f

RIP to one of the most unforgettable comedians of our time John Witherspoon pic.twitter.com/Jabdvt08uA

So, apparently the real John Witherspoon did indeed pass away. Very saddened to hear this news. He was a very big part of my childhood when I used to watch his movies all the time. May he rest in peace. Thank you for all the years of comedy gold, Witherspoon.#RIPJohnWitherspoon pic.twitter.com/m9i3n21GQ5