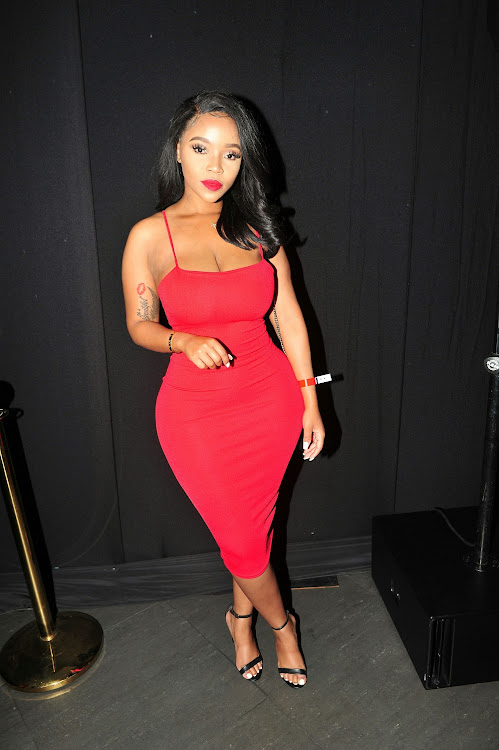 There is more to socialite Faith Nketsi than meets the eye.

That's the message the controversial sexpot, popularly known as Queen Twerk, is trying to get across with her new reality show Have Faith.

This is a big achievement for Nketsi, 24, as she is the first female star on the African continent to score her own reality show on MTV.

After numerous postponements of the interview, we settle for a tete-a-tete backstage on a hot Wednesday evening at the launch of the new Lebo Mathosa biopic.

I can immediately tell she's nervous and in her head a lot is happening, perhaps trying to remember every lesson she learnt at the media training she went to. But I'm too distracted by her sizable derriere that is the object of affection for the thousands of men who follow her on social media.

"I mean it's on me, I have to own it," Nketsi jokingly says about her big booty. I've always known that I have a good booty, I've always been that girl. Do I use it to my advantage? Well, here I am today!"

With over a million Instagram followers, Nketsi broke out as a viral sensation at the age of 17. She first garnered a huge male following as the undisputed queen of twerking.

Her stint as Queen Twerk even landed her a guest appearance in the music video for Cassper Nyovest's smash hit Tito Mboweni. But it was her own Kim Kardashian moment in 2016 after her sex tape hit the Internet that shook Mzansi and turned her into an overnight star. In the explicit clip, a man playfully slaps her on the face with his penis. As would be expected that came with a lot of hate as well.

"I explain my past in the show because my friends and family are involved," she says.

"Before I take you guys through the current times I want you guys to understand the past and who I am. The one lesson I would have taught my younger self is don't be hard on yourself. No one understands you better than yourself.

"Even when I fell off the wagon I was like 'why am I so misunderstood?'

"I would eventually tell myself that it will all pan out and work out. It's a mindset."

Nketsi starts to relax and settle in as she tells me that she's just an ordinary girl with outer-space dreams.

"I've always just wanted to have my own reality show, the fact that it's becoming true is too exciting. "It's not easy shooting a reality show and putting your life out there like that, so just the risk of it has been nerve-wrecking."

Set to premiere on Monday, Nketsi says the show will show people that there is more to her than a pretty face.

"I have always had my eye on my goals and tasks. I want to inspire young black women that it's OK to be who you are, but just have a goal."

Nketsi was born in Katlehong on the East Rand and has two brothers. She opens up about her family life for a while, revealing that her parents are no longer together.

Bonang Matheba confirms end of the road for reality show

Tonight could be the last time you see B's reality show.
Entertainment
1 year ago

Moja Love have once again faced backlash for allegedly “degrading black South Africans” and has been labelled has “insensitive to those it features”.
Entertainment
1 year ago
Next Article