Feather in the cap of Mihlali Ndamase as she scoops award 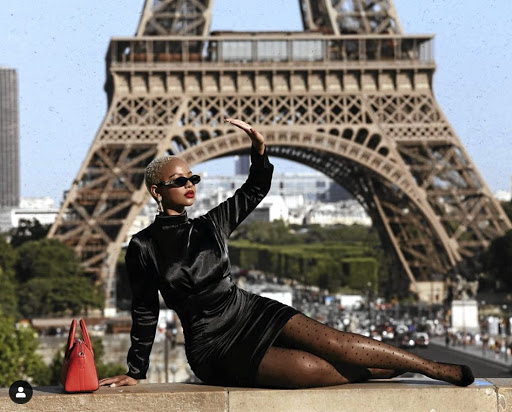 Social Mihlali Ndamase has won an award at the Feather Awards
Image: Instagram

Bombshell Mihlali Ndamase continued on her winning streak after being crowned Socialite of the Year at the 2019 Feather Awards last night.

The beauty influencer ruffled the feathers of TV presenter Musa Mthombeni and HHP’s widow Lerato Sengadi to win the award.

The LGBTIQ awards were a star-studded and fabulous affair hosted by The Queen co-stars Moshe Ndiki and Rami Chuene in Johannesburg.

On Monday, everyone was in meltdown mode because they thought sis was dating Formula 1 driver Lewis Hamilton.
Pic of The Day
1 year ago

Who is the biggest diva of them all? Actress Bonnie Mbuli snatched the award from BFFs Bonang Matheba and Somizi Mhlongo. Mbuli recently had spicy Twitter exchanges with Sho Madjozi and Pearl Thusi.

Newlyweds Dineo Moeketsi and Solo won Cutest Couple of the Year. They were nominated against openly gay couples Sylvester Chauke and Tumelo Mmusi as well as Ndiki and Phelo Bala.

Radio personality Bujy Bikwa’s catfight with fast-food chain Nando’s over the Boujee Bowl proved too hot not win the coveted Drama Queen of the Year.

Other winners included Busiswa for Musician of the Year and Penny Lebyane for Fag Hag of the Year.

Mihlali Ndamase blesses her mom with a new set of wheels

While haters were bashing her, Mihlali was collecting thousands of rands to surprise her mom with a brand new car.
Pic of The Day
1 year ago

Mihlali Ndamase on the beauty industry: 'I was asked how I'd make money off of it'

Mihlali Ndamase says people were sceptical when she told them she dreamed of becoming a beautician.
Entertainment
1 year ago
Next Article