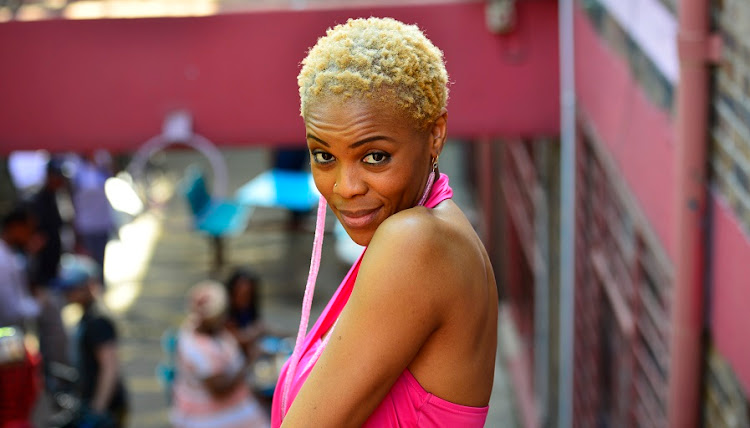 Outspoken musician Ntsiki Mazwai has joined the heated debate over a decision to cast KB Motsilanyane as Lebo Mathosa in an upcoming biopic.

Dream: The Lebo Mathosa Story premieres on BET Africa (DStv channel 129) on  November 6 and is based on the life of the star.

Viacom on Tuesday announced that the role of Lebo in the docu-series will be played by KB and Bahumi Madisakwane. Bahumi will play the younger version of Lebo, while KB will play the star as an adult.

The decision split fans, who flooded social media to share their thoughts on the casting.

Ntsiki joined in the conversation and claimed that KB didn't have the same energy as Lebo.

“KB may have white people connections but she doesn't have the Lebo Mathosa energy. Not by a long shot,” she wrote.

Kb may have white people connections but she doesn't have the Lebo Mathosa energy.......not by a LONG SHOT ?

I like KB but she does not resonate the role AT ALL https://t.co/83yFIiGhcd

She said that many people can sing and dance but it took someone special to replicate Lebo.

“A lot of people can sing and dance, hey. The Lebo Mathosa role needs someone with that crazy energy.”

Lots of people can sing and dance hey....they Lebo Mathosa role needs someone with that crazy energy https://t.co/7GDERUmsno

There were also split opinions over Bahumi's inclusion on the series.

Her dad and popular media personality, Somizi Mhlongo, defended her in an open letter after City Press revealed that she was set to be part of the project.

“Listen! Never ever question why you get certain opportunities in life. You deserve everything and you must take anything and everything they said you would never have. f**k the haters. It's not your fault that you're my daughter.”

Minnie Dlamini took to Twitter on Tuesday after Bahumi's role was confirmed to praise the actress and show her support.

Great casting I can't wait for this ❤ Congratulations baby girl

KB Motsilanyane and Bahumi Mhlongo have been cast to play Lebo Mathosa in the long-awaited biopic about the decorated singer’s journey to stardom.
Entertainment
2 years ago

Somizi stands by his daughter after 'Lebo Mathosa' role hate

'The Lebo Mathosa Story' is a six-part BET Africa drama series that tells the story of her incredible life.
Entertainment
2 years ago

Biopic on late icon on the cards.
Entertainment
2 years ago
Next Article