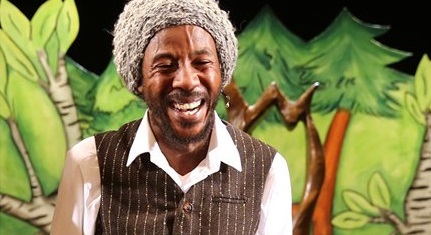 A suspect is expected to appear in the Makhanda magistrate’s court on Tuesday in connection with the murder of actor and dancer Ayanda Nondlwana.

Ayanda, who performed in several theatre productions and wowed audiences with his skills as a pantsula dancer, was stabbed to death on Sunday.

His death was confirmed by police spokesperson Capt Mali Govender.

“In the early hours of Sunday, October 13, the victim was in the company of a friend and looking for someone with a lighter to light up his cigarette. He saw security guards and informed his friend that he would go and get a light from them. His friend continued to walk away.

“The victim then walked off with the guards and his friend decided to follow him. He was some distance away. A few minutes later he was informed by a passer-by that his friend was stabbed after an alleged argument. He died at the scene.”

A man in his thirties handed himself over to the Makhanda SAPS shortly after the incident.

Ayanda's close friend, Xolile Madinda, told TshisaLIVE that he was called to the scene minutes after the incident.

“He was stabbed in the neck and bled to death. What was worse is he was stabbed 25 metres from where his closest friend had been stabbed to death a few years ago. He was still dealing with that death and for it to take place in the same area is just tragic.”

Madinda said his heart broke when he saw his friend lying on the floor.

“I know him as a vibrant and energetic person, but there he was, just lying on his back. It was so traumatic. He was someone who tried to make a difference through his art. I will remember him as a peacemaker. If I had one last moment with him, I would just hug him.”

“Our deepest condolences to the family, friends and fans of Ayanda, who was well known in artistic circles. The untimely death has sent shock waves through the local and international community. We have assigned a seasoned detective to investigate this case.”