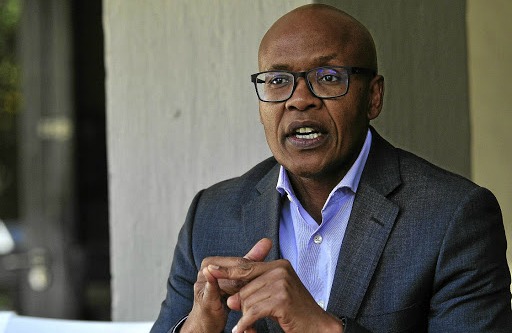 Mzwanele Manyi, leader of the African Transformation Movement, has promised the ATM will make sure Vatiswa Ndara's grievances are heard.
Image: VELI NHLAPO

Vatiswa shared details of the alleged mistreatment in an open letter to arts and culture minister Nathi Mthethwa.

She also revealed that she would not be returning for season three of iGazi, and detailed  the conditions of the contract offered to her by the company.

Her letter soon went viral, sparking a fierce debate about the treatment of actors in the industry.

Manyi joined the discussion and urged Vatiswa to forward her submission to parliament. He promised the ATM will then work to make sure her grievances were heard.

“You have raised pertinent issues, Vatiswa. Please forward your submission to parliament as well. The African Transformation Movement will work with you to ensure this matter doesn't fall through the cracks.”

You have raised pertinent issues Vatiswa.
Please forward your submission to Parliament as well. @ATMovement_SA will work with you to ensure that this matter doesn't fall through the cracks.@VuyoZungulaSA https://t.co/UaXZucc3S4

He said the letter should be used to “cleanse the entire industry” and should not be used to launch a witch hunt against Ferguson Films.

I really think the legitimate Vatiswa matter should be used to cleanse the entire industry.
It should not be an opportunity to pour hate on the Fergusons. https://t.co/4jztCVnSXV

In her letter, Vatiswa detailed the alleged conditions of the contract offered to her by the company.

“Ferguson Films is officially starting iGazi 3 and we would like to offer Vatiswa a global contract for iGazi 3 at R110,000 (before tax) for the duration of the shoot (five weeks). No limit to calls, first call exclusive to us,” read a quote, allegedly from an e-mail by Ferguson Films.

Vatiswa listed why these conditions were problematic, including how actors were not able to seek further employment while under contract at Ferguson Films, and were allegedly not compensated for work-related activities, including wardrobe fittings, make-up, public relations and media interviews.

She said the contract allowed for limitless calls, which could see her on set from Monday to Saturday, sometimes for up to 12 hours a day, with no additional compensation.

“This particular interaction with Ferguson Films has not only made me evaluate my own being and sustenance within the industry,” she said in the letter.

Mthethwa acknowledged on social media that he had received the letter and his ministerial spokesperson, Asanda Magaqa, told Sowetan he was considering the contents.

Actress Vatiswa Ndara has written a six-page open letter to arts and culture minister Nathi Mthethwa which was shared on Twitter on October 8 2019. The letter alleged that Connie and Shona Ferguson's company, Ferguson Films, mistreated actors. After it was released, Twitter expressed solidarity with the actress, under the hashtag #IStandWithVatiswa.

Actress Vatiswa  Ndara  will not be returning for season 3 of the hit DStv show iGazi.
Entertainment
2 years ago
Next Article