Actress Vatiswa  Ndara  will not be returning for season 3 of the hit DStv show iGazi.

Ndara announced her decision in a heartfelt yet scathing open letter to sports, arts and culture minister Nathi Mthethwa.

In the six-page letter, Ndara raised questions on what Mthethwa's Vision 2020 would be for actors, saying  the arts were woefully undervalued.

“Minister, in this sixth administration, the department of sports and arts and culture has been merged into one. And what is evident about sports is that the women and men  in this sector are highly prized, valued and respected by this patriotic country. Not so with the arts,” she said.

Ndara made mention of what her contractual agreement would be if she had taken up the  offer for the iGazi 3 series from Ferguson Films.

The third season is due to be shot between October 8 and November 9.

“Ferguson Films is officially starting iGazi 3 and we would like to offer Vatiswa a global contract for iGazi 3 at R110,000 (before tax) for the duration of the shoot (five weeks).  No limit to calls, first call exclusive to us,” the production company said.

Ndara listed why the contractual agreement was problematic:

Ndara said she would only get R82,500 after tax while the channel and production houses would get financial remuneration for repeat broadcasts, licensing deals and repackaging of  the show.

“This particular interaction with the Ferguson Films has not only made me evaluate my own being and sustenance within the industry,” she said.

Ndara said she desperately needed actors contractual agreements and expectations to be reviewed, for there to be an improvement of remuneration for their services, for the power of producer to be reviewed, for a channel for producers to held accountable with regards to royalties and repayments for repeat shows.

'I refused to be paid peanuts ... I'm not a monkey'
Entertainment
2 years ago

Picture of the day: Shona Ferguson surprises Connie with a brand new AMG

Ndara asked Mthethwa to address the bullying and intimidation in the industry once artists raised concerns about the industry.

In conclusion Ndara asked for the establishment of an independent regulatory body to monitor the industry.

She said codes of conduct in relation to the health, safety and well being of actors needed to be established.

Other Artists retweeted the open letter in agreement.

Anga “NaakMusiq” Makhubala  who was also in iGazi said: “Enkosi (thank you) Sis V let us pray that our cries will finally be heard.”

While Talita Ndima who was also on Igazi said, “Modern day slavery indeed!”

Here lies the remains of Vatiswa Ndara’s acting career that died on 07 October 2019.
Good luck @theVati_Can as you pursue a career in engineering, teaching or whatever...it’s been real boo! #RIP https://t.co/aydkfq0TgX 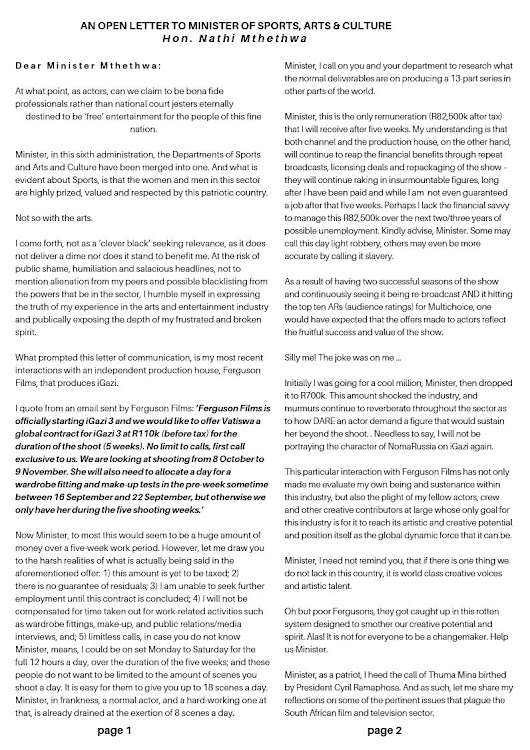 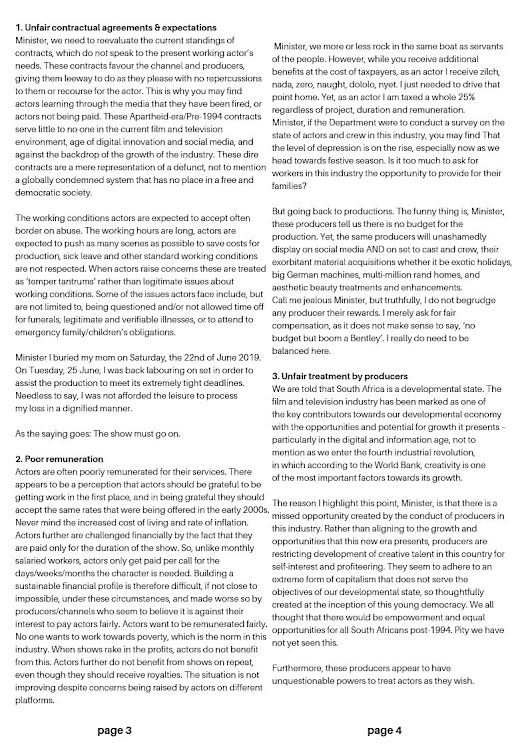 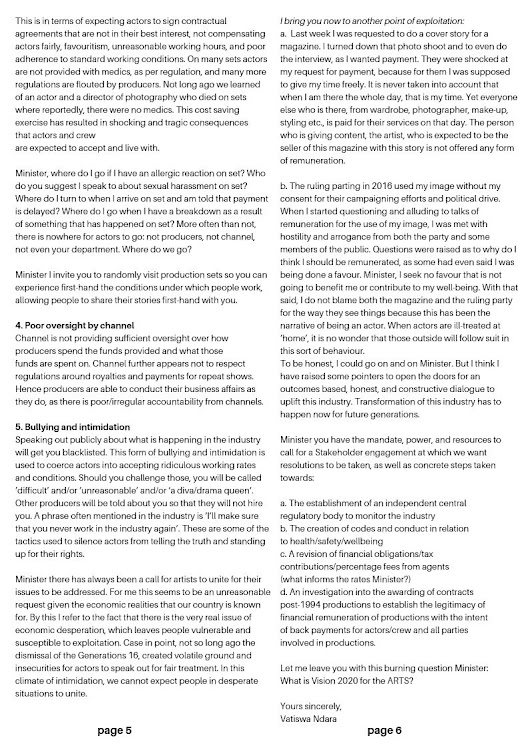