Zenande Mfenyana shades SA celebs: 'They are such a pretentious group of people' 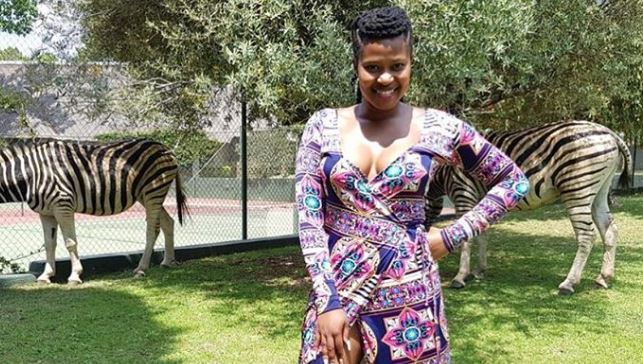 Actress Zenande Mfenyana says today's celebs are "pretentious" and is glad to not be listed with the celebs of today.

The former Generations actress has been in the industry for a minute and has seen many celebs rise and fall.

She's been watching from the sidelines and recently took to Twitter to shade SA celebs for being fake.

Despite her fame, Zenande doesn't see herself as a celeb and told Twitter followers she was not like the rest of the famous people.

Zenande has no time for fake people and said it was rare to find someone who is real in the entertainment industry.

Thank goodness I’m not a celebrity. Di SA celebs ke bo #MboreGape bo bohle, such a pretentious group of people. It’s rare to find someone who’s real in this industry

The star told fans she is in a good space at the moment, and is not worried what people think of her.

Shaka didn't hold anything back and hit Goodness with a few lines that had the twitter streets dizzy.
Lifestyle
4 years ago

God's plan? Here's how fans think The Queen's Kea will sort out Tebogo

Twitter users are convinced Kea on the The Queen has a plan to make Tebogo pay.
Lifestyle
4 years ago

The Queen is the 'perfect fit' for Zenande Mfenyana

Zenande Mfenyana’s debut on The Queen on Monday night had her receiving praise from industry greats and viewers alike‚ and she still can’t believe ...
Entertainment
5 years ago
Next Article