Image: Kevin Winter/Getty Images for Coachella Beyoncé’s and her sister Solange have taken DNA tests after their father was diagnosed with breast cancer

Singers Beyoncé and Solange have taken a DNA test after their father's breast cancer diagnosis.

This comes after Matthew Knowles revealed he was diagnosed with breast cancer earlier this year.

The 67-year-old father spoke out on Good Morning America, saying he was “doing really good” after having surgery in July.

He also explained that his daughters took the test because they had a higher risk of developing the disease as well.

According to E! News, throughout this journey, Matthew's family has been by his side and were his first call after his diagnosis.

Genetic testing showed that Matthew has the mutated BRCA2 gene, which also puts him at a higher risk for prostate cancer, pancreatic cancer, and melanoma.

Matthew explained that he went to his doctor and got a mammogram after seeing recurring dots of blood on his shirt and sheets.

“I told my wife I saw a dot of blood on the sheets so I immediately went to the doctor, got a mammogram.”

During his Good Morning America interview, he admitted that he was struggling with understanding why he had the condition.

“Of all the things I could get, why would I get this. Why me?” he told the show's host, Michael Strahan.

Male breast cancer is rare and usually occurs in men older than 60, and Matthew expressed that he is a “survivor of breast cancer” and was still recovering from surgery.

.@MathewKnowles’ message for others after his breast cancer diagnosis: “I’m hoping by me coming here today, speaking out, letting folks know, that you can survive this but it has to be early detection and I can’t overemphasize the word early.” https://t.co/zMRJ4O03lS pic.twitter.com/pctiQAP4Y8 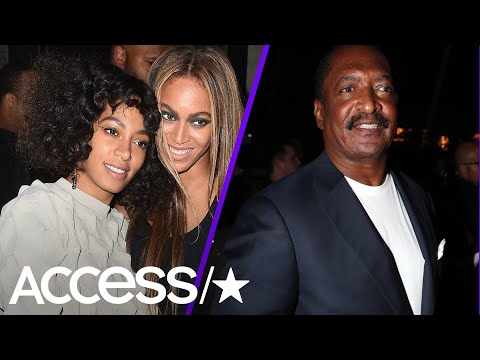