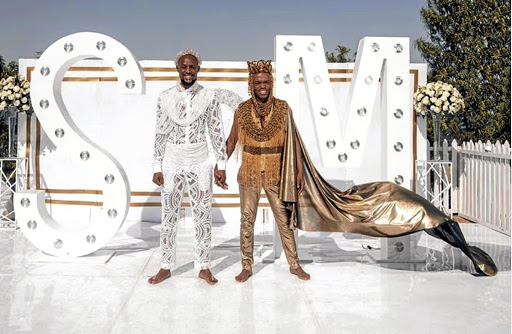 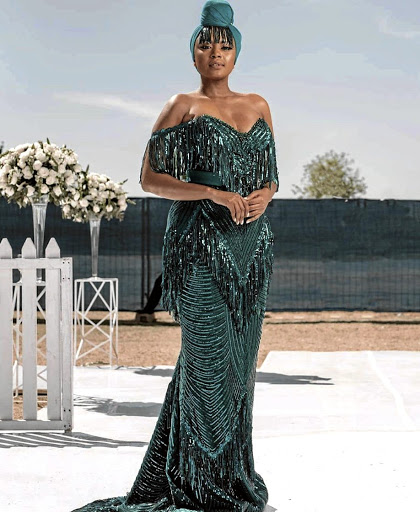 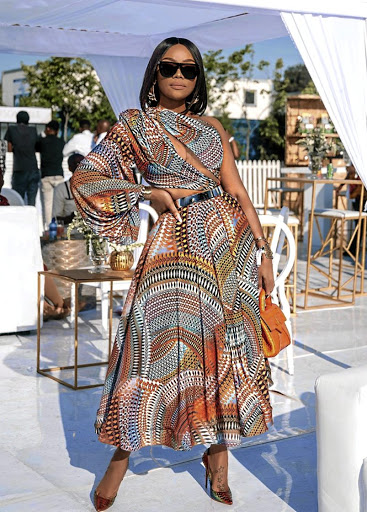 Spilling the details to Sowetan on the design process behind the maximalism fashion, Coetzee revealed that there were 3,000 beads on Mhlongo's gilded creation alone.

The brief he was given by the couple was: "We want to look young, fresh and fabulous."

"I wanted to unify Africa. It was about celebrating freedom, with one aspect for me being married to a man. It is one of those things in SA that we can be happy and grateful about because we are free to love who we want," Coetzee said.

"That was the core of the inspiration - unifying Africa and mixing a lot of African cultures. There was a lot of SA in there, but there was also Egyptian inspiration, mixing African beading and South African styling.

"What I tried to do was to update what traditional African fashion means. It took long to make because it's very hand-beaded - mixing African beads and Swarovski crystals. It was extremely labour intensive." 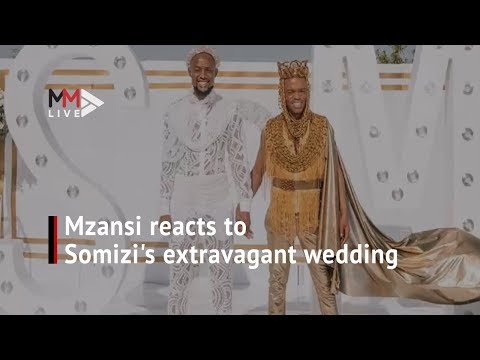 Coetzee was also the designer for guests Bonang Matheba and Lerato Kganyago.

"With Lerato I wanted to bring the glam African feel. We took a very Western fabric and cut it in a very African way - with fringing and tassling," he explained.

"With Bonang I wanted her to be very playful. We chose a print that's not traditional African, but gave you the emotion of Africa."

In Kempton Park, Ekurhuleni, rapper Priddy Ugly and heavily pregnant Bontle Modiselle made it official with their own traditional Sotho wedding. Stars such as Solo and Dineo Moeketsi helped them celebrate.