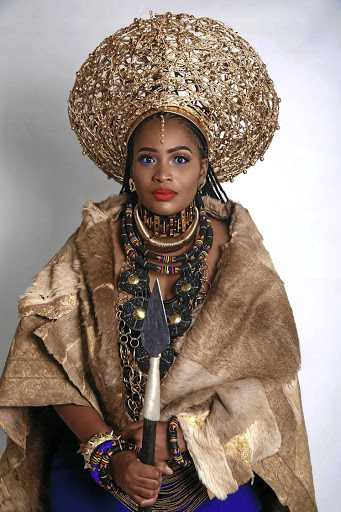 Television actress Ayanda Borotho has moved away from typical self-centred books to address deep issues of misogyny in her autobiography.

The actress and activist who plays MaDlamini in Isibaya, was so concerned about the portrayal of women in society that she penned a book which delves into some of the grey and sensitive matters which are often never discussed.

The book is expected to spark debate because it challenges social norms, cultural practices, gender hierarchies, and Christian teachings, among others.

Borotho also touches on her childhood, her marriage, her career in communications and marketing.

As much as she explained that Unbecoming to Become is essentially about her self-discovery, the book is a humdinger, giving more than you bargained for.

"Unbecoming to Become is essentially about me becoming me. It is a narrative that speaks to unbecoming everything that the world tells what we [as women] are.

"It traces my journey from when I was much younger to womanhood and marriage. But it looks at experiences in my life that shaped how I saw myself and my world."

The book was important for her because of how women continued to be oppressed, she says.

"I wrote the book because power and dominance is the order of the day. We live in an oppressed world.

She decided to pull a Bonang and kill them with kindness.
Entertainment
3 years ago

Last night fans of Isibaya got a first peek of the colourful traditional Zulu wedding.
Entertainment
3 years ago

"We are supposed to live our lives according to certain norms and standards."

Some of the issues in her book deal with how black people were so obsessed with the notion of surnames that it was passed down to generations by sons.

Borotho argues that this has put women under pressure to produce an heir.

She also reflects on how her grandmother once told her that her brothers were the ones to take over the family name, including her house.

"It is an incorrect assumption to say that women were excluded from the formation of izithakazelo [clan names] or izibongo [surnames]. Some of the narratives were not created by God, but they were created to perpetuate patriarchy in society and to oppress women," she says.

Borotho says centuries ago "girls and boys of an age would gather and give each other praise names based on the heroic deeds".

"An example will be Queen Nandi and Mkabayi, who have their own izibongo, some [of which] are used in the praises of the Zulu king and in izithakazelo of a dominant clan.

"In essence, a young girl starts to feel that 'I don't have a place, my place in the world is diminished. Just by virtue, we raised boys differently from girls."

Borotho further explains that izibongo have an emotional and cultural effect on girls and how they view their world.

"As a society, we have different ways of raising a boy child and a girl child. A girl child grows up knowing that she has to grow up and get married. She does not have a place at home."

As much as Borotho reiterates that she is not a feminist, her views, however, suggest she is one.