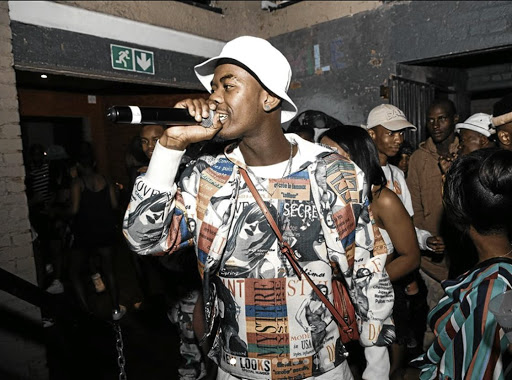 The much-anticipated documentary traces the origins of music genre amapiano with commentary by big names, such as Killer Kau. /INSTAGRAM

The brainchild behind MTV Base's highly publicised amapiano documentary pulled the plug on the Heritage Day TV special at the 11th hour through a court order.

The creator of the documentary Behind the Amapiano Movement, Arthur Sebela, of production company New Slate Media on Monday obtained an urgent court order at the South Gauteng High Court in Johannesburg, stopping the music channel from airing it.

As a result, the documentary, which was set to air on the channel on Tuesday at 9pm, was taken off the schedule.

Shimane Sebela, the director at Galananzhele-Sebela Inc, the law firm representing Sebela, told Sowetan yesterday: "Our client obtained an urgent court order in the Johannesburg High Court on Monday, 23 September 2019, interdicting
Viacom from showing the promo of the amapiano documentary and showing of the mini-series documentary on 24 September 2019 on its channel MTV Base (DSTV channel 322), until New Slate Media and Mr Arthur Sebela have been credited as the both the creator and executive producer respectively," said Shimane.

"Viacom have been served with the court order and we are now awaiting their response."

Exceeding the behemoth of a masterpiece is never an easy task, but Samthing Soweto is doing it.
Entertainment
1 year ago

Monde Twala, vice president for Youth, Music and BET at VIMN Africa, confirmed that the documentary was not broadcast after receiving a complaint.

"We confirm that MTV Base has received a complaint in relation to its upcoming amapiano docu-series format," said Twala.

"Our legal team are currently responding to the parties concerned. The TX [transmission] date of the docu-series will be communicated in due course."

According to the legal papers that Sowetan has seen, Sebela first pitched the idea for the documentary to MTV last August.

They had various meetings this year in which he presented the concept for the documentary and detailed how to execute it.

After the project was given the green light, Sebela claims that MTV suggested that he partnered with Don't Look Down (DLD) to co-produce the documentary.

He further stated that it was during this process that MTV and DLD sidelined him on the project.

"These unlawful and grossly unethical acts of MTV and DLD amount to corporate thuggery and theft of our client's concept and creation," read the papers.

"Our client tried in vain many times through e-mails and telephone calls to Mr Monde Twala, Solly Moeng of MTV and Mr Desmond Mthembu of GFC [Gauteng Film Commission] to register his concerns relating to the production of the documentary, but no feedback has been forthcoming while MTV and DLD were busy producing our client's concept behind his back."