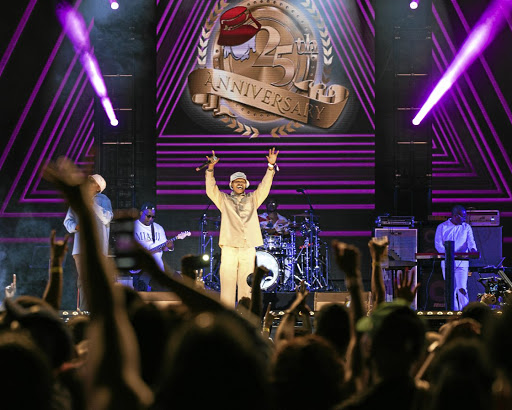 Trompies rolled back the years at the DStv Delicious in Johannesburg at the weekend.
Image: SUPPLIED

The evolution of independent record label Kalawa Jazmee Records and its contribution to South African music - particularly kwaito - stole the first day of the Delicious International Food and Music festival at the weekend.

The stable, co-founded by DJ Oskido, curated a nostalgic and high-octane two-hour set that featured almost every artist it has worked with throughout its 25-year rich history.

According to Oskido, it took about three months to organise everything.

Kalawa's set, which got almost everyone on their feet, kick started with the performance of 90s super hit It's About Time by Boom Shaka.

Festival director Lloyd Cornwall presented Oskido with an undisclosed amount of money raised to donate to a charity of his choice.

But Oskido surprised everyone when he offered the money to Kalawa Jazmee co-founder, Don Laka.

"Don paved the way for all of us. We wouldn't be here if it wasn't for him," Oskido said.

"It wasn't that difficult to get everyone on that stage. When people hear about such an idea they put aside their differences and say let's do this.

"Every second of it was my favourite and to see everything come together was magical." 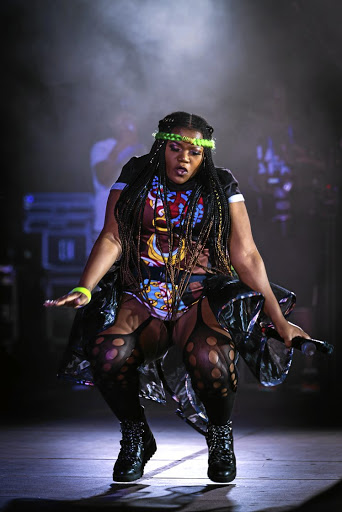 British singer Corinne Bailey Rae took concertgoers down memory lane with her classics Like a Star and Put Your Records On. She has been in SA before. She performed for NelsonMandela at the 46664 concert in 2007. Her video for Put Your Records On was filmed in Western Cape's winelands.

"I love South Africa because of the mixture of city and busyness; then you just have to turn around the corner and you see nature and adventure," the Grammy-winning singer said.

"You also don't have to go far before you can see animals that I would never have a chance to see where I live. There is such a deep history and diversity in terms of the people, ethnicities and languages.

"As someone that's interested in communication, language, literature, music and dance this is such a fascinating place for me."

Last night, American R&B crooner Raphael Saadiq took to the stage. "My last trip to South Africa was two years ago. After the show, I had a jam session in the lobby of the hotel," said Saadiq.

"We invited local artists to come sing and Mary J Blige came in and she sang. A lot of local artists came and just blew everyone away. This time around I have been sleeping throughout."