Images of the R Kelly in court have left the socials shook — people can't believe how different and rugged the star looks.

Kelly is being held in the Federal Metropolitan Correctional Center in Chicago, US, on federal sex-crime charges. He is set to appear in court on April 27 next year.

Among the charges the He Saved Me hitmaker faces are one for engaging in prostitution with a minor and another for soliciting a minor for sexual purposes.

The 52-year-old is facing four sets of state and federal sex-crimes charges. He has denied the allegations.

He appeared in court this week when a woman, who posted R1.4m bail for him in February, appealed for the money to be given back to her. The judge denied the request

Here's what went down at this week's court appearance, courtesy of FOX 10 Phoenix: 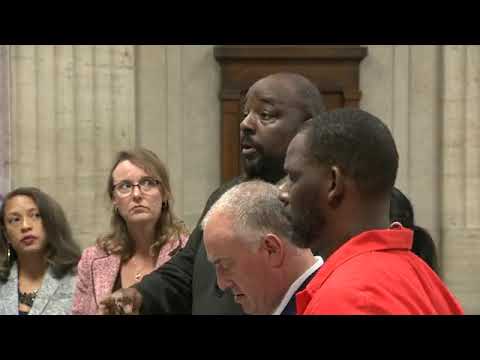 Tweeps couldn't believe how bad the singer looked and shared their shock in a series of tweets.

Why is that our black rich brothers #RKelly #BillCosby #OJSimpson and many more always find themselves in the middle of sex crimes? What’s wrong?

#RKELLY looks so helpless,tired,old etc???he is about to face 25yrs at jail... the storm is over now pic.twitter.com/zBUZZZUBPt

Surviving #RKelly is a very sad show. Had no idea how devastating this morherfucker was. #SurvivingRKelly #rk