The Zumas are getting their own reality show 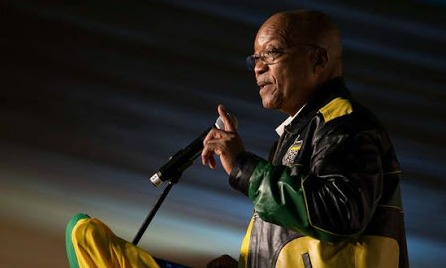 Move over Kim K and Queen B, Jay Z is set to get his own reality show soon.

Former president Jacob Zuma and his family will soon make their debut on TV screens, giving Mzansi a unique look at their lives.

Award-winning producer Legend Manqele hinted at the project recently, posting a series of snaps from a shoot at Nkandla, alongside the caption: Meet the Zumas.

Legend is known for producing the popular reality television shows including Living the Dream with Somizi and Being Bonang.

Legend confirmed the project to Sunday Tribune, explaining that he is shooting “a season of something” with the Zumas.

One of the teasers featured Zuma's partner Nonkanyiso Conco's, legend said the show would also feature her journey.

“The company is looking at walking a journey with her and it is going to be for public consumption through traditional media.”

Although a release date for the show was not announced, social media is already excited at the idea of watching Zuma spill tea with Mzansi.

South Africans, get ready. Former president Jacob Zuma and his family will soon be on your TV screens when they make their debut in a reality TV show.Producer Legend Manqele confirmed that he was shooting “a season of something” with the Nkandla former first family. pic.twitter.com/dbZIbcqY9P

I can't wait for Keeping up with the Zuma's reality show

The South Gauteng high court has ruled that government's use of Rica laws to place journalists under surveillance is unlawful.
News
2 years ago

Jacob Zuma must pay back the money

The VBS-Nkandla loan saga is refusing to die and the matter resurfaced yesterday.
Opinion
2 years ago
Next Article