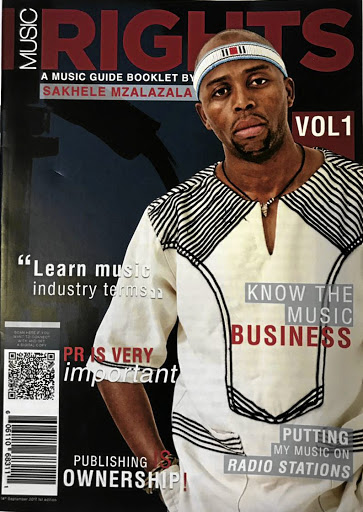 Sakhele Mzalazala has written a booklet to educate artists about the business side of music and entertainment.

The book also gives artists information about music rights and the payment of royalties among others topics.

It took Mzalazala six years to pen the book with the ideas he got when he joined the entertainment industry.

"The booklet contains knowledge and lessons that I learnt working with different prominent musicians and reputable record labels," said. Mzalazala.

"When I came to Jozi in 1999 looking for a recording deal, I soon realised that people can't differentiate between an artist and a songwriter. Artists were dying poor because they had little or no clue about artist royalties and their rights as artists," he said.

Mzalazala said he was saddened when he lost two colleagues and they had to ask for donations to bury them.

"I remember when Khayalethu Banga from Port Elizabeth died he had nothing to his name.

"This is the same guy who left PE to hustle in Joburg. He was a musician and a songwriter," said Mzalazala

"We had to fundraise for his funeral and that is not the life we want for our artists. These people have families to take care off and they also need someone who will take care of their interests," he said.

"I do workshops around SA to educate musicians about the business aspects of music and I discovered that many workshops were hosted or facilitated in English which was a blow for some musicians," said Mzalazala.

He said through the booklet artists will be able to learn the art of releasing their music independently.

"At the moment, I sell the booklet independently at R100, but it will soon be available at some of the major bookshops around the country," he said.

Fans and friends of Idols singer Thami Shobede have paid tribute on social media after the 31-year-old star died on Thursday at Kalafong Hospital in ...
Entertainment
2 years ago
Next Article