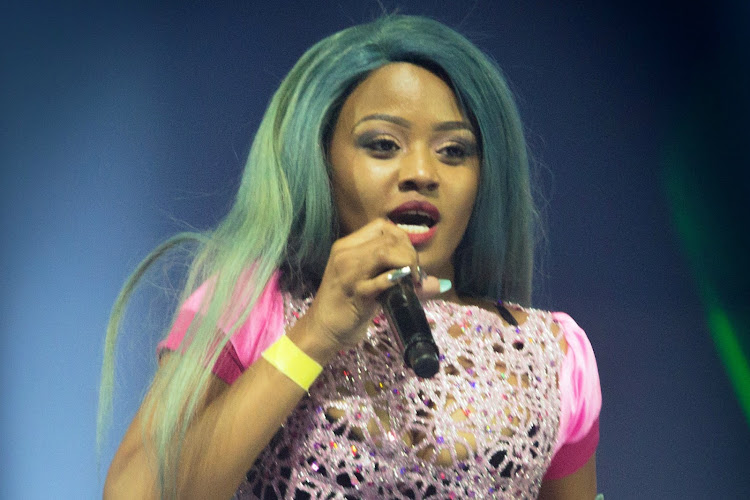 A Twitter account in Babes Wodumo's name has been getting the singer in hot water.
Image: Gallo Images / The Times / Rajesh Jantilal

After weeks of wreaking havoc, an apology has been posted on Babes Wodumo's Twitter account - allegedly by hackers - to several high-profile people for comments made about them.

Babes told our sister publication TshisaLIVE last month that her Twitter account had been hacked and that she did not have control of the content being posted on it.

However, comments shared on the account have still been raising eyebrows over comments on transport minister Fikile Mbalula and Nigerian stars Tiwa Savage and Davido.

The account also blamed Nigerians for the drug scourge in SA and Zimbabweans for taking RDP houses meant for South Africans.

Taking to Twitter on Sunday, the alleged hackers claimed they had taken control over the account and apologised for the harm caused over the last few weeks.

"This is not Babes Wodumo. She's totally correct when she said her account was hacked. We would like to apologise as the hackers to Fikile Mbalula, Tiwa Savage, Laziwe, Pearl Thusi and Penny Lebyane for reckless and disrespectful tweets, especially to Lady Zamar," the account posted, before adding an apology to all Nigerians and Zimbabweans. 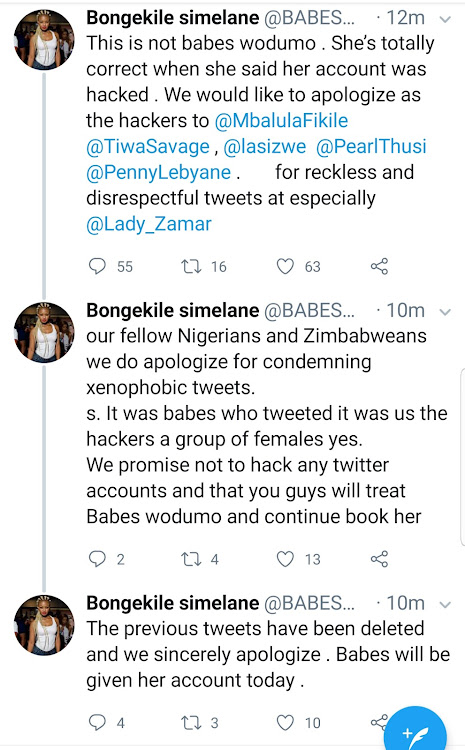 Babes made headlines last month after a video of her making fun of Lady Zamar's acne was shared online. She claimed to know the man who hacked her account, but said authorities were not able to track him down.

The singer later admitted that it was her in the video, but still maintained that she had been hacked, which is how the video made it onto social media.

Sjoe! This shows that despite all the bad stuff going on in the world, there may just be some hope after all. These hackers have, of their own accord, shown remorse for their actions - and judging by the promotion they gave Babes' upcoming shows, they're also quite the PR spin doctors!