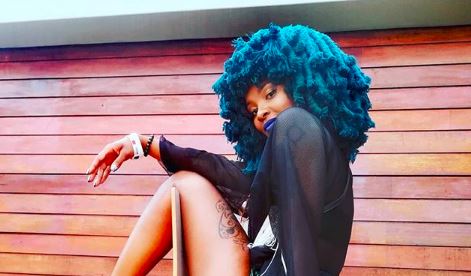 South Africans are still in shock over the rising number of femicide cases and many women have come out to tell their story in solidarity.

Singer Moonchild Sanelly took to social media to speak out about being raped and in another incident was sexually assaulted by a relative.

Moonchild shared a post on Twitter and revealed how a family member sexually harassed her and when she went to report it to the police, they allegedly told her to go home and sort it out as a family.

“One time I was sexually harassed by [a relative] and went to report it with my friend Maps. The cops, both male and female, asked me what I was wearing and why I danced with [the family member] and [said] that I should go home and talk about it with my family. They took me in the van and drove me home.”

That was not the only time that Moonchild was assaulted as she explained that she was continuously molested by her cousin while she was growing up.

Rapper Common is the latest man to speak out about experiencing sexual assault.
S Mag
3 years ago

She stated that when she was younger her cousin would come for the holidays and would touch her vagina and teach her how to French kiss.

“I kept quiet thinking I was doing something wrong. I didn’t realise until I was older that I had been protecting a molester. I can’t say he’s doing good.”

The star also recalled a time when she was raped in Joburg.

“I was raped in my room on the floor, the guy who apparently saw the guy rape me thought I was cheating on him (we weren’t dating also) so he left the room clearly seeing I’m passed out. The guy did his thing, I woke up with him inside me with a condom.”

She explained that she decided not to report the rape because everyone seemed “cool” about it. The guy got a lift home and that was the end.

“Sometime this year I messaged him, I was livid and since then I chose to forgive him for myself.”

I didn’t bother reporting it
Clearly everyone was cool
He got a lift home and that was the end!
Sometime this year I messaged him
I was livid and since then I chose to forgive him for myself!#men

Since telling her story, Moonchild received a wave of support from her followers for sharing her stories of sexual abuse.

Here's what they had to say:

The audacity ??‍♀️ the same thing happend to me i got rapped by someone who was supposed to be my half brother but guess what the whole family took his side including my father who still blames it on the way i dress and sit so apparently i asked for it. The violeted is victimized?

@Moonsanelly my sister just do you and continue motivating woman to be who they want to be without be ashamed of what will the next person say. I stand with you cuz u played a big role in my twin sister life in her being what she is now that's why I say dladla baby dladla

That Y am saying it's tym 4 people in the Media 2 take one step Forwad..if u notice most of the people look ups 2 people in the media, They recognise emm as their Role models..so if they feature each othr & release a Song Base on the current situation in S.A, it's worth a try

???????✨Love you Queen ???Men have hurt a whole generation of women... forgive but will never forget. Stay strong sis!!

The tragic life of Khwezi relived

Scourge of violence against women has to be stopped

Yesterday, women of South Africa held a protest against violence.
Opinion
3 years ago

31-year-old male model was booted off the show after allegations emerged that he had engaged in sexual behaviour with a female contestant after she’d ...
Entertainment
10 years ago
Next Article