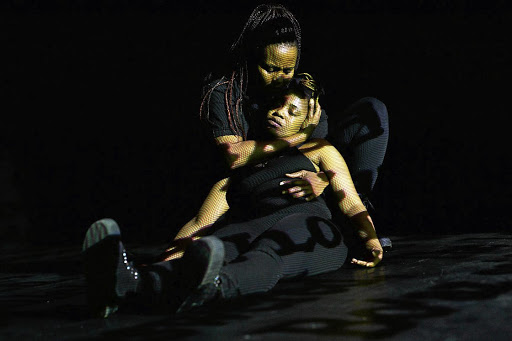 Dying for love is a theme that comes out strongly in the play about hate against queer people.

At a time when hate crimes and homophobic attacks towards members of the lesbian, gay, bisexual, transgender, intersex and queer (LGBTIQ+ community are on the rise, plays such as No Easter Sunday for Queers has come at the right time to educate people.

The play opened on Tuesday night at the Market Theatre in Newtown for a brief run. It features talented actors like Momo Matsunyane (Napo), Kgomotso Khutsoane (Mimi) and Lunga Radebe (as pastor).

As much as it is a love story of two lesbian lovers, Napo and Mimi, the play tackles a very sensitive issue of the killings of lesbians and how they experience a lot of hate crime just for being themselves.

The story of the two "queer" lovers is seen as a sin in the eyes of a pastor, whose hateful view represents many in the homophobic communities.

The two lovers die by drowning during a baptismal ceremony on Easter Sunday. This is where their story on stage begins, through the subconscious mind of the pastor, who is also Napo's father, on the anniversary of their death.

Thespian John Kani believes that the move to screen The Lion King film alongside live music by the Johannesburg Philharmonic Orchestra at Sun Arena ...
Entertainment
2 years ago

The play, written by award-winning playwright Koleka Putuma and directed by Mwenya Kabwe, shows the persecution of lesbians as being similar to the crucifixion of Jesus Christ.

The play's emphasis is also on pointing out how the lives of queer people remain in danger even in so-called sacred and safe spaces such as the church; and how such spaces perpetuate persecution of queer lives.

The usage of tattered Bibles has both negative and positive connotations in the story, dissing religion and the proponents of many injustices and hate crimes against LGBTIQ+ members by people in the church.

The play was visually enhanced by choral singing, addition of projections onto the wall and flashbacks and Biblical pronouncements.

No Easter Sunday for Queers is a great script, over and above the strongly relevant theme, but what we saw on Tuesday night was half-baked.

The story was too short and lacked depth.

No Easter Sunday for Queers runs until Sunday August 25