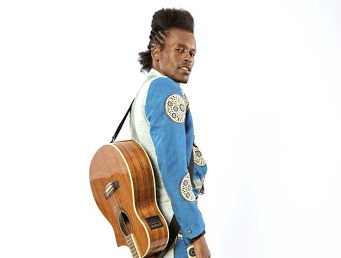 Traditional Afro-soul singer Bulelani Mokoena has launched himself with his debut album Ibuyambo (Renaissance) as a noteworthy singer.

Born and bred in Dimbaza in King Williams, Eastern Cape, the 30-year-old singer's album got a nod in the best Afro-pop album category.

The rising star, who began his professional career in 2009 when he bought his first guitar, is excited about the achievement.

Ndyebo says that the nomination will open doors for him.

"I am excited to be nominated in the first album.

"This nomination will open doors internationally and relevant people will come to know about my talent.

"I am looking forward to winning the award, because I know it has my name on it," he says.

"I know God, who gave me the talent, will make me a winner."

The self-taught guitarist says that he recently dropped a new single, Khethile Khethile, that is currently enjoying airplay.

The song speaks about gender-based violence and was produced by the legendary Blondie Makhene.

Mokoena, who writes and produces his own music, says his songs were inspired by dreams.

He explains that he then interprets the songs into a powerful message and his intention is to heal people's souls.

Iconic maskandi singer Ihhashe Elimhlophe has signed a recording deal with  Universal Music Africa in an effort to take his brand to another level.
Entertainment
2 years ago

Collab good for maskandi - star
Entertainment
2 years ago
Next Article