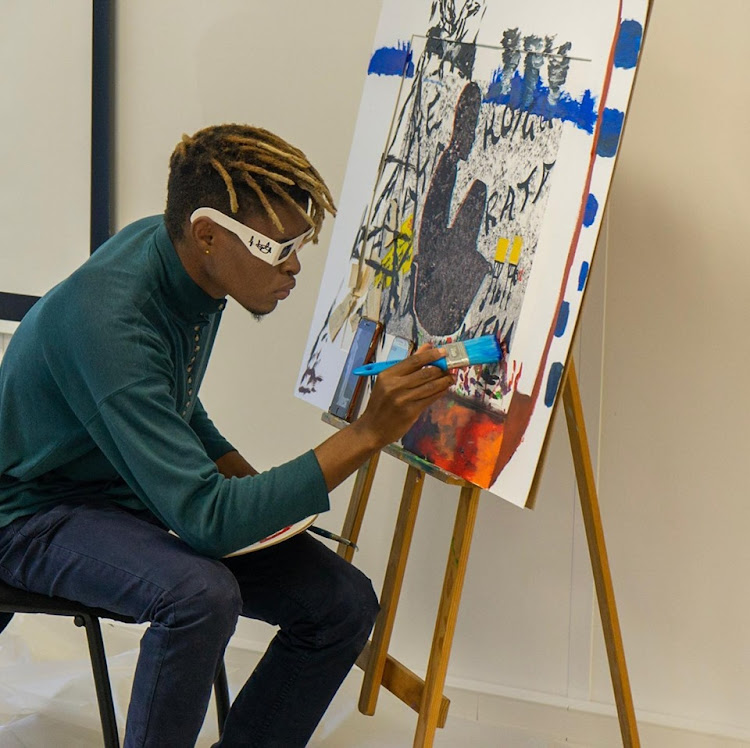 His latest exhibition Divinewas staged at the South African High Commissioner in UK and Northern Island wooed international media the past weekend.

One art critic said Kgole was shaking up the European art world.

Kgole, who is on an art residency in France, presented his first exhibition in London and it ended on Friday. The travelling exhibition is heading to the Cannes in France on August 23.

Kgole explained that art lovers were blown away at the exhibition that others were crying after seeing some of his pieces.

"Some people cried when they saw some of the masterpieces and when they heard the touching stories, they got inspired and wanted to know more about me and my people."

"A lot of people came back to me after the show, saying that I am crazy or beyond my time. That's because they find the soul I leave in the works and they relate to the beauty they face."

The 22-year-old explained that the exhibition was inspired by various things, from dreams to people.

He said despite the financial difficulties he find living and working abroad eye-opening because he has realised that the rest of the world did not know much about South Africa and its diversity.

Dube's vision to honour our legends

Shekhinah is Apple Music's most streamed female artist in SA

Apple Music has shared a list of the most streamed SA women artists on the platform, just in time for Women's Day.
Entertainment
3 years ago
Next Article