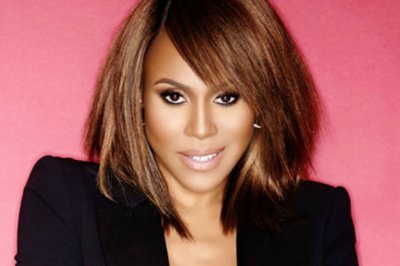 American singer Deborah Cox’s recent visit to the African continent has been filled with drama.

First her luggage was left behind in the US on her flight to Ghana last week and it was only delivered to her two days after her arrival; then her flight home turned into a complete nightmare.

Today, Cox posted on social media about a scary incident on board a South African Airways flight.

Following her trip to Ghana for the Ghana World Music Festival, the R&B singer was on her way back to the US on an SAA flight when the aircraft they were travelling in experienced some technical issues

Unspoken lesson from @deborahcox when she arrived in Accra last week was to exercise patience and remain calm in the middle of a storm. Her baggage didn't arrive with her for two days! Forced to shop for clothes, there was concern she may not have the beautiful gown she'd be performing in. This photo was taken after the panel discussion ,Women in the Arts, discussing all the things women face working in the arts, media and entertainment industry.

According to Cox’s social media post, there was a fire in the cockpit and the plane had to make an emergency landing.

She posted a series of videos via Instagram capturing the frightened reactions from passengers as the plane descended.

The words South African Airlines, Fire in Cockpit, God Help Us, are written on the video screen as passengers and cabin crew members are heard in the background shouting: “Brace, Brace, Get your heads down.”

Fortunately the plane landed safely back in Ghana with no injuries reported.

Cox then ends her video by explaining her ordeal to fans.

“We just had the scariest situation just happen, there was a fire in the cockpit and we had to do an emergency landing,” she says.

“We had to literally turn around, we were in the air for about fifteen minutes and had to turn back around. I just came back through immigration, back in Ghana and uh now we’re waiting to figure out what’s gonna happen with our luggage,” she says.

The R&B superstar also tweeted her outrage at the airline saying that there had been a three-hour delay prior to the flight due to a broken door that was being fixed. Cox then lambasted the airline for not having regard for passengers' safety and not handling the situation well.

Another woman who was on the flight tweeted that there was smoke in the cockpit but thanked SAA for the quick landing.

Emergency landing SA209 . On our way to Washington DC . Smoke in the cockpit . SAA thank you for quick landing @flySAA_US

SAA spokesperson Tlali Tlali denied that there was fire in the cockpit.

"There was no fire in the cockpit. What we are aware of at this stage is that the aircraft experienced a technical problem, making it undesirable to continue with the flight from Accra to Washington D.C.

"The aircraft will be attended to by the technician to establish the cause of the technical problem and once this has been established, we will provide concrete details," Tlali wrote in an email response to Sowetan on Monday.

He confirmed there were no casualties in the flight that made a stopover in Ghana.

"… the aircraft made an air-turn back and landed safely in Accra with all 223 passengers on board and the operating crew.

He said the incident has resulted in the flight being temporarily put on hold.

"Under the circumstances such as these and following the decision to night-stop, SAA provided hotel accommodation to its customers in Accra and provided other services to mitigate the impact of the inconvenience to our passengers.

"In addition, we have dispatched a replacement aircraft to Accra to fly the passengers to their final destination.

"The flight which will operate as SA9209, will depart from Accra at 17h45 UTC (Coordinated Universal Time (which is two hours behind the SA's time)  and is expected to arrive in Washington D.C. on Tuesday at approximately 04h35 UTC," he said.

@flysaa I hope y’all do right by @Deborah_Cox and all of the crew and passengers. The trauma of an in flight fire is traumatic enough... then to be told to -BRACE GET YOUR HEADS DOWN⁉️She’s an American treasure we expect to get our vocalist back in one peace #SouthAfricanairways pic.twitter.com/OgNT0gmHmZ

Well God had other plans for our travels back home. We stopped to refuel in Ghana and offload/load more passengers. In...