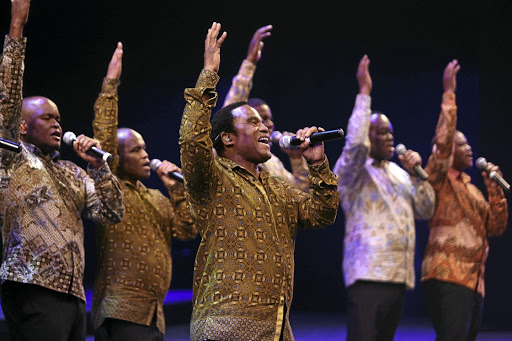 A play about Ladysmith Black Mambazo and its leader, Joseph Shabalala, is under a cloud before its premiere next month. / Thuli Dlamini

A stage show about Grammy Award-winning Ladysmith Black Mambazo and its founder, Joseph Shabalala, has courted controversy ahead of its premiere next month.

Seasoned playwright and director Edmund Mhlongo, who wrote iMambazo The Musical in 2012, is demanding to be acknowledged as the original author of the play.

He has now claimed intellectual rights over the play.

The new show, Mshengu - The Musical is written by Sandile Ngidi and is directed by Desmond Dube. It is set to open at the Soweto Theatre next month.

Mhlongo has accused the manager of Ladysmith Black Mambazo, Xolani Majozi, and Sibongiseni Shabalala, the son of the group's legend, of being unprofessional.

However, Mhlongo admitted to Sowetan that he has not seen the current script and compared it to his own work.

"I am not bitter that I was not part of it and I respect both Mambazo and Bab' Shabalala. But they should have made me aware because you can never tell a Mambazo story without Shabalala and vice versa.

"The chances are that the scripts will be similar because they speak of the same thing. I thought they were unethical and unprofessional the way it was handled. I will attend the opening night and see if they have plagiarised. "

Mhlongo further said that he was approached by Joseph Shabalala himself, who wanting his story to be captured and told through a theatre production.

"I started doing research both locally and internationally. I wrote the script and the show was staged at the State Theatre and Playhouse."

Chief operating officer for Joburg City Theatres Bridget Mashika said: "As the theatre we are prepared to engage Mr Mhlongo. We want to understand where we border in terms of copyright.

"What we know is that you can write a story about the same person differently."

Majozi's cellphone was switched off yesterday.

SA needs to appreciate its talent, not just mourn when they die – Desmond Dube

As a herdboy growing up on a farm in Ladysmith, KwaZulu-Natal, Joseph Shabalala's father would tell him that one day he would be educated, make his ...
Entertainment
2 years ago
Next Article