Thabang Moleya gets director gig on US hit TV series 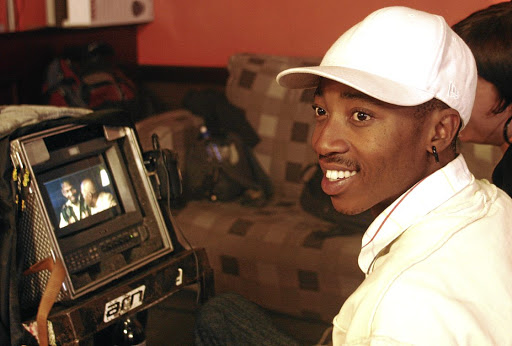 Tembisa-born filmmaker Thabang Moleya is part of a high-profile international series with an A-list Hollywood cast.

When Sowetan caught up with Moleya yesterday, he was shooting the upcoming espionage drama The Professionals at the Rand Club in Johannesburg.

"It's such an amazing opportunity to be collaborating with international actors and amazing South African talents," he said.

"Projects like this that can showcase to the world that South Africa has talented people behind and in front of the camera to do content for the world."

Known for his roles in Happiness is a Four-Letter Word and Unmarried, Jamaican-born Stevel Marc is one of the leading stars in the series.

Dlamini and partner deny stealing script from another filmmaker

TV and film actor Luthuli Dlamini and his business partner Nolubabalo Mcinga have refuted claims that they stole a movie concept of an aspiring ...
Entertainment
3 years ago

"This is incredible for me, because to South Africans I've been known as a model," SA-based actor Marc said yesterday

"A lot of people don't even know that I studied acting professionally in LA. It's probably worth noting that I'm the only black lead in the show."

The budget for the show is said to be $27m. It started shooting about two months ago in Ireland. It is currently shooting in SA until the end of August where Moleya is helming two episodes.

"I'm an intelligence officer; the trigger is that he's so deadly with his weapon. Most of my scenes are with Brendan and Tom. It's a beautiful and major cast," he said. "I'm absolutely honoured. Shooting is absolutely wonderful."

An air date for the show has not been announced.

Kay Sibiya welcomes baby boy: When I looked him in his eyes I saw God

Kay says he's never experienced a love like this before!
Entertainment
3 years ago
Next Article