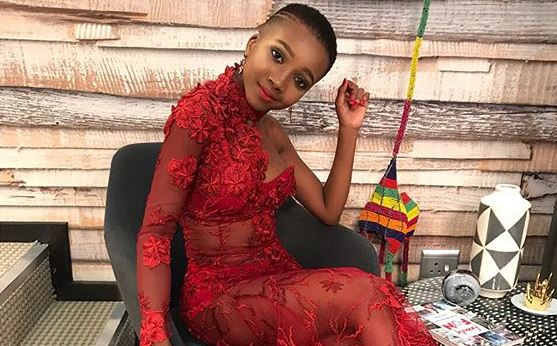 Ingénue Nomvelo Makhanya has spoken out for the first time about her admission to a psychiatric hospital three years ago as a result of living with mental illness.

Renowned for her role as vixen Lindiwe Ngema on e.tv soapie Scandal!, she was diagnosed with depression, bipolar and anxiety at age 20 in 2016.

The 23-year-old actress poured her heart out to Sowetan about how it took some time for her before she could speak about living with mental disorder because of stigma.

"I was living with it for a long time, but I was unaware. I would go through these emotions, but I didn't understand why. Until I started seeing a psychologist," said Makhanya.

"Right now days are not the same. Some days are great and some days are bad. I have learnt more about it.

"So I understand that when I feel a certain way, it's not going to last forever. I think I'm in a good space mentally."

Learning to function in her everyday life after she was discharged from hospital was extremely difficult for Makhanya.

She was put on different kinds of medication to help her cope, including antidepressants, Xanax, mood stabilisers and sleeping pills.

She gradually stopped taking the medication since it started to negatively affect her work.

"It didn't happen overnight. I remember when I got discharged and returned to work it was difficult. I felt like I was breaking down and needed to find my pills.

"It was extremely hard to adjust to the outside world. The sleeping tablets started to affect my life and I would be late for work. My call time would be 7am and I found myself waking up at 10am."

In an effort to fight the mental health stigma, she will host and speak at upcoming event Silent Crisis in Braamfontein, Johannesburg, on July 27.

"More than anything I want to inform our parents. It will be easier to deal with mental illness as a young person when you have the support of your parents," she said.

"I didn't get that until I was in hospital. It's important and valuable to have support all the time."

'Charmaine' reaches the end of the Laan

Ebrahim bows out of Afrikaans soapie.
Lifestyle
2 years ago
Next Article