Actress Rosie Motene in royalty dispute with publisher of her book 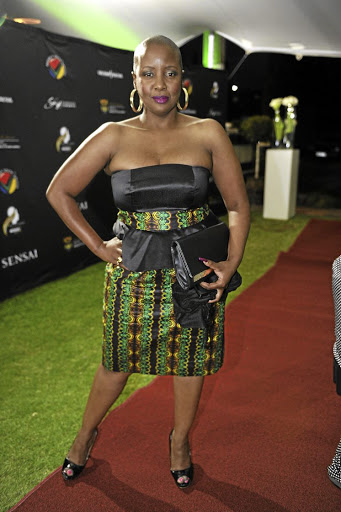 Gender activist and actress Rosie Motene is involved in a royalty dispute with the publisher of her book Reclaiming the Soil. Motene has accused Porcupine Press of miscalculating royalties of the book which was published last year.

She told this publication that she picked up the discrepancy when she asked for a spread sheet of all the book sales.

The seasoned TV and film actress, who has since bought herself out of the publisher’s contract, asked for an independent bookkeeper to verify the figures. She said the report which was sent to her had R 8,276.72 figure but after verification it came to R12,220.98. Motene discovered that the figures were short by R3,944,26.

She said although she was aware that the missing money was not much, she acted because it was about the principle and the soul she put into her book. Motene said she contacted the publisher to rectify the mistake but they were “defensive”.

“I took a decision to verify the sales after one of the authors alerted me about their trend. I did my own calculations and I requested assistance from a bookkeeper. I sent through my calculations for them to rectify the numbers but [they] refused to explain how they came to the original figures. ”

Porcupine Press’s bookkeeper Else Mkhwanazi confirmed that Motene has queried the sales statement.

“I told her that she must bring the bookkeeper here so that they can explain to me how they arrived at this R12,220.98 figure. I am not refusing to cooperate or pay her. But I want them to explain everything and I will pay the invoice if the mistake is on our side.”

Motene explained that the problem began when she paid the publishing company R50,000 to hire an editor for the book. She said she was shocked when the first batch of books came out with errors.

“They never reimbursed me. This is contradictory as the owner of the company told me he was editing the book, he even announced it at my Johannesburg book launch. I have sent emails and messages to Else. She replied by asking for a meeting with the bookkeeper as they want to find out who they are. Since it’s a small industry, the bookkeeper does not want to get involved.”

Rosie Motene holds a number of titles to her name. From actress, producer to founding Waka Talent Agency she is a formidable name in the South ...
SebenzaLIVE
3 years ago

Veteran actress and activism Rosie Motene reveals that it took her 12 years to speak openly about her sexual abuse.
Entertainment
3 years ago
Next Article