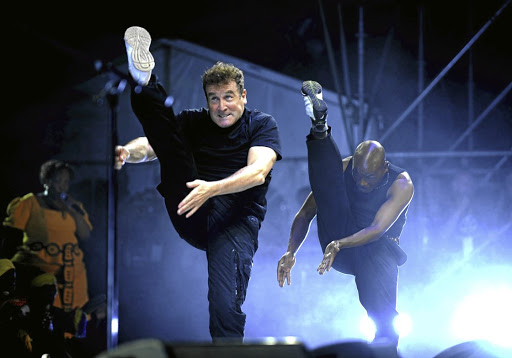 Tributes poured in last night for the late singer Johnny Clegg who succumbed to pancreatic cancer.

The legendary musician, who will be remembered for some of his hit songs such as Asimbonanga, Impi and Scatterlings of Africa, died at the family home in Johannesburg yesterday afternoon.

The SA government wrote on Twitter: "Condolences to family and friends of Johnny Clegg - one of South Africa's most celebrated sons... His music had the ability to unite people across the races and bring them together as a community. Clegg has made an indelible mark in the music industry and the hearts of the people."

Clegg, who was fondly known among his legion of fans as "The White Zulu", was popular for singing his songs both in Zulu and English.

He became a household name in townships and rural areas in the height of apartheid in the 1980s when he formed a band Juluka with Sipho Mchunu.

Juluka was later disbanded when Mchunu decided to call it quits when he went to his rural village in KwaZulu-Natal to start a new career as a farmer.

A media statement released by Clegg's family said he was diagnosed with the pancreatic cancer in July 2015.

Family spokesperson Roddy Quin described Clegg as an anthropologist who used his music to speak to every person.

Quin said Clegg's exposure to Zulu migrant workers during adolescence introduced him to the culture and music. His involvement with black musicians often saw him arrested during apartheid.

"Apart from lecturing at the universities of the Wits and KZN, Johnny studied anthropology..." Quin said.