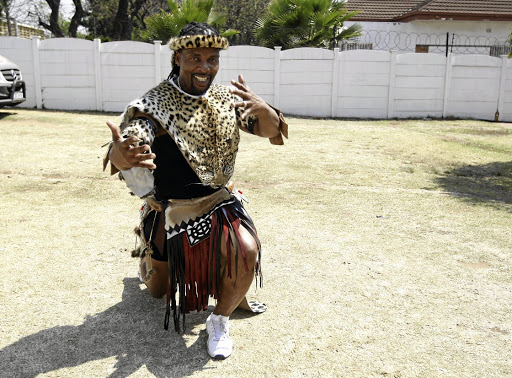 Iconic maskandi singer Ihashi Elimhlophe has signed a recording deal with  Universal Music Africa in an effort to take his brand to another level.

The new partnership was announced on Tuesday at the Universal Music offices in Rosebank where the artist gave a splendid performance.

Born Bheki Ngcobo, the legend who has been independent for years, said he joins Universal Music because he wants to take his music to the world.

The singer is set to drop his  29th offering titled Amawazawaza on July 26.

Speaking to SowetanLIVE,  Ihhashe explained that for many years he has been doing everything by himself  and had failed to penetrate the international market.

“The new deal will see my music reaching all over the world. I have travelled extensively and I know people love my music. But the problem is that it was not available.

The life and times of scathamiya legend Joseph Shabalala will the told through a musical to be staged at the Soweto Theatre in September.
Entertainment
2 years ago

“That is why I am excited because I know my music will be available [now]. Joining Universal will  also allow me to release regularly because it was difficult when I was alone.”

He said despite being independent, he never compromised on the quality of his sound. He said with the new  partnership there was nothing stopping him from winning a Grammy Award.

“I have grown my brand but now my wish is to have my music selling internationally.   I know Universal will take it to the highest level.”

Managing director of Universal Music Africa, Sipho Dlamini, said the company was excited to have a legendary musician like Ihhashi.

“It is important for us as the company to be at the forefront in developing pop culture music and other styles, but we cannot neglect our traditional music. It is an honour for us to work with Ihhashi at Universal Music.”