Desmond Dube takes on the scariest role of his life 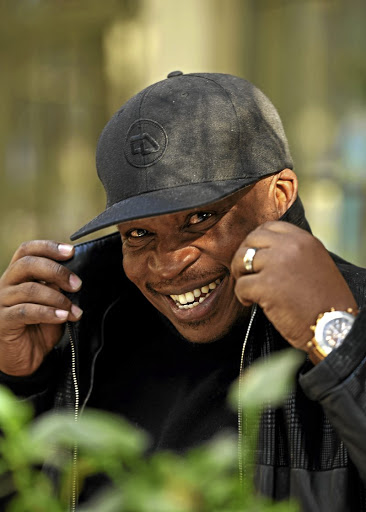 Stage and TV actor Desmond Dube will turn Joseph Shabalala's 60 years in music and his life experiences into a two-hour theatre show.

Dube, who appears in a new TV show Impilo: The Scam, was announced yesterday as the director of Mshengu -The Musical, a life story of theisicathamiya legend.

The musical is written by award-winning journalist and author Sandile Ngidi and will premiere at the Soweto Theatre on September 13 and run until September 29. It will then head to the Playhouse
Theatre in Durban before returning to
Johannesburg.

"I am nervous to tell such a great story. Ladysmith Black Mambazo is turning 60 next year in the music industry," said Dube.

"Dr Shabalala is older than 60 years. I want to tell the story of a man and his music and I have two hours to do that. That is scary."

Dube said auditions will be held on July 17 at Soweto Theatre and on July 18
they will be at the Joburg Theatre.

"We felt the timing was perfect. Next year Ladysmith Black Mambazo will be celebrating 60 years. I don't know any group that has been in existence and achieving what the group has achieved for the past 60 years," said Majozi.

"That is why next year we are launching a new era of Ladysmith Black Mambazo called Mambazo 60 Plus. We are taking about Mambazo's journey beyond 60 and this musical is part of that programme," Majozi said.