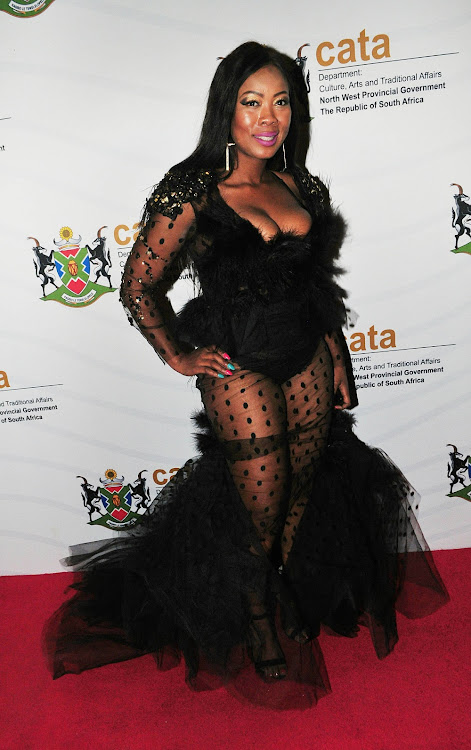 A video of Skolopad driving in a lingerie has attracted criticism on social media.
Image: Veli Nhlapo

After failing to show up on the #VDJ2019 red carpet or make headlines for her often racy outfits, Skolopad posted a video of herself driving in nothing but her underwear, which has been labelled "distasteful".

Skolopad, who has a history of getting tongues wagging with her social media posts, shared a video on Twitter in which she was seemingly fondling herself.

She was also dressed in a crop fur jacket, lace panties and a bra.

The video left Skolopad's followers shook, with most slamming her for "promoting" reckless driving, especially after she was involved in a car crash last year that left a man dead. Others called her out for the "pornographic" nature of the video asking her where her dignity was.

Skolopad opens up about the accident that claimed a man's life

Two weeks since the fatal car crash that left four people injured and one man dead‚ Skolopad has spoken out.
News
3 years ago

Skolopad said she owed no one an explanation of how she lived her life but added that she ended up driving half naked because all her clothes were "wet".

"Life in my space is so nice sometimes yazi... With or without a dress, my Durban July weekend was full of fun, joy and craziness. I am my own horse... I'm having fun."

Skolopad explained that she was with a guy friend who took the video she posted on the social media streets.

And for all the disapproving followers, Skolopad also had a video for them.