Humour runs in the Gola family 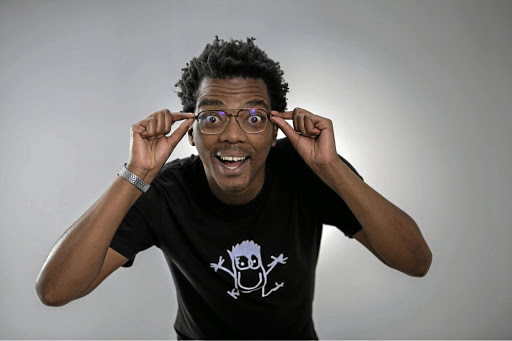 Comedian Lazola Gola does not want to be confused with famous brother Loyiso Gola.

Cape Town stand-up comedian Lazola Gola is not bothered by the fact that his brother is more recognised than him.

Gola is the brother of the famous Loyiso Gola, a well-known comedian who has a reputable profile both locally and internationally - while on the other side the younger brother is less popular.

Despite being in the industry for 10 years, the funny comedian struggled to score a regular spot at major stand-up comedy festivals. Gola moved to Johannesburg in 2007 and he has been doing comedy, acting and directing adverts since.

The 36-year-old who performed at the National Arts Festival in Makhanda last week admits that he has been living under his brother's shadow.

"Firstly, every South African comedian is under Loyiso's shadow trying to be in his level of professionalism and being the funniest.

"When you are on stage performing, people will have that thing on their minds that you are Loyiso's brother. But just for a few minutes. After that they want to see if you can make them laugh or not," he said.

As a young boy all Trevor Noah wanted was to be able to afford enough food.
Entertainment
2 years ago

Gola, argues that his style is totally different from his brother's.

He said when he started, he tried very hard to be more of himself and less like Loyiso.

"I like to be more weird, focusing on simple staff like Weet-Bix, Oros and toothpaste. I try to accommodate all people."

Gola craves for a day when he will perform alongside his famous brother on one stage. He explains that they have worked together in the Late Night News comedy television show as a writer. He also worked as a writer on Kagiso Lediga's Bantu Hour.

Gola, who did not finish his BCom degree in business management at the University of the Witwatersrand because he was focusing on his career in comedy, won the YFM Comedy Showdown in 2007.

He started doing comedy in Cape Town after watching Loyiso and other comedians performing at Cape Comedy Collective. The comedian had his first show in high school and has been doing it ever since. He has performed at Tanz Café in Bedfordview, Cool Runnings and Wish in Melville, Bassline in Newtown, Blues Room in Sandton and Corner Bar in Fourways, among other places.