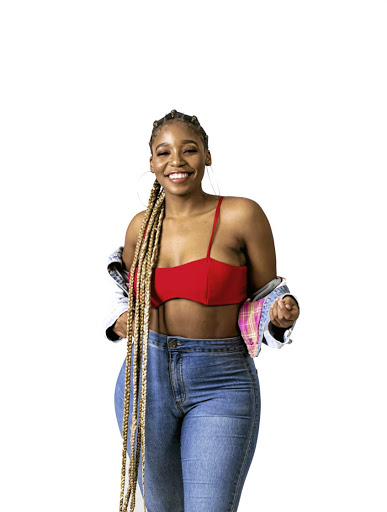 The 25-year-old songstress had routinely released covers of popular hip-hop tracks by Riky Rick, Nadia Nakai and AKA. But it was her Tito Mboweni cover that took off and she even performed it live on SABC3 TV show Expresso.

"I never could have imaged it taking off like that. I recorded it in my apartment and just put it on social media," she says.

"My phone just started going crazy. I didn't even have that many followers. I thought only my friends will share [it]."

Now Slade is ready for Mzansi to fall in love with her own music in her quest to redefine R&B for this era.

She will release her six-part EP, Love Me Slowly, later in the year. It will yield current single Velvet.

One of her highlights this year has been the premiere of the Velvet video on music channel Trace.

"The EP is going to be cool and sassy with simple, catchy melodies but with great and relatable stories," she teases.

"They are making incredible music and they allow for singers to have a good space on their tracks," she says.

"It's not crowded with instrumentals and they allow the voice to breathe."

The Kimberley-born singer is the eldest of two girls and was raised by a single mother. She studied music performance at Afda.

Slade has been singing all her life and released her 10-track debut album, Scratch the Surface, through an independent record label in 2016 before the stable collapsed.

She also plans to have a career in radio and acting.

WATCH | Nadia Nakai opens up to Cassper: I feel I am overlooked a lot

"There's always excuses made of why I don't deserve to be where I need to be," Nadia Nakai said
Pic of The Day
1 year ago

Cassper Nyovest: My reality wasn't always exciting but I believed in myself