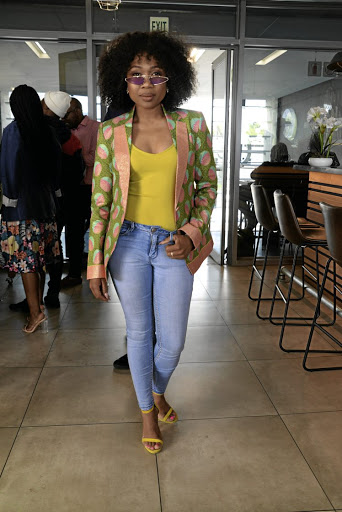 Metro FM presenter Dineo Ranaka was interrupted by two police officers during her radio show yesterday to be served with a second letter of demand in less than a year from her former manager.

Palesa Molemela is seeking the intervention of the small claims court to assist in getting the reality TV star to pay her more than R20,000 that Ranaka allegedly owes her.

As Sowetan reported last week, Molemela first served Ranaka with a letter of demand from her lawyer in September to no avail.

Molemela claims that Ranaka owes her an amount of R22,000 for services rendered between October 2017 and August last year as a booking manager and administrator.

However, since Molemela's claim exceeds R20,000, she was on Monday forced to institute a claim for a lesser amount in order to pursue the case at small claims court.

Molemela asked for a police escort to hand the letter to Ranaka, accompanied by her two little kids. Upon arrival at the SABC, security only granted the police entry to meet with Ranaka, who refused to sign the letter.

"Police waited for her as she was still on air and then she eventually came out. She walked past us. The police came out five minutes later to tell me she refused to sign," Molemela said.

"She said I have already sent a letter of demand through my attorney and the only communication from her will be through her lawyer."

Molemela said Ranaka told the police her former manager knows everything about her from her home address to ID number and that "there was no reason for me to come to her work and embarrass her.

"The police wrote on the letter 'refused to sign' and stamped it. I will be going back to the court tomorrow to update them."

The letter of demand, which Sowetan has seen, reads: "Please note that unless the said amount is paid to me within 14 days of the date hereof, a summons will be issued against you for the recovery of my claim in the small claims court of Johannesburg."

Ranaka did not answer her phone when Sowetan called her for comment and had also not responded to text messages by the time of going to print.