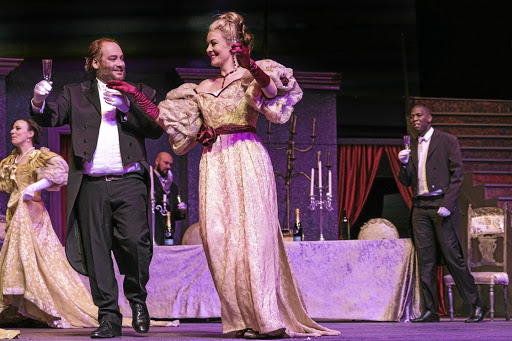 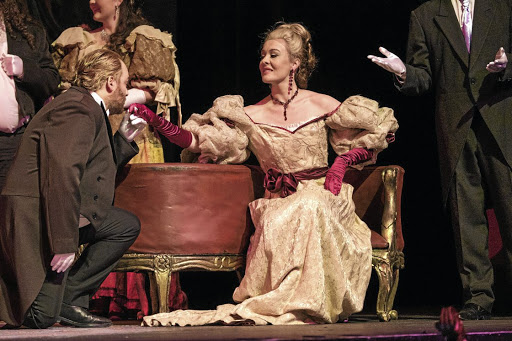 The production, in three acts, opened on Saturday at the Nelson Mandela Stage.

La Traviata pays tribute to the celebrated heroine Violetta Valéry and is based on the 1848 novel The Lady of the Camellias by Alexandre Dumas.

This is a tragic story about star-crossed lovers, Violetta Valéry and Alfredo Germont.

La Traviata means the fallen woman or the one who goes astray.

As a character, Violetta has entranced audiences for more than a century and still continues to do so.

The performance opens with Violetta throwing a lavish party at her Paris residence. She has invited the Marques, who express concern about her capacity to host a party when she has not been well.

Violetta responds that she gives her life over to pleasure, and that pleasure is the best medicine for her ills.

Mbongeni gives reins to his brother.
Lifestyle
11 months ago

One of her friends, Viscount Gaston de Letorieres, introduces her to Alfredo, a young man from Provence.

Feeling in love, she gives Alfredo one of her flowers and asks him to bring it back when it has faded.

While everyone still enjoys the party, Violetta starts to feel sick, leaving her guests shocked.

Alfredo declares his love for her. Later, the two decide to live together until Alfredo's father Giorgio Germont arrives to tell Violetta to end it.

The story is told through beautiful music composed by Verdi.

The singing is wonderful and complemented the stage as well as the elaborate costumes. The opera features some of the most challenging and revered music in the entire soprano repertoire.

The opera was directed and conducted by award-winning Pierre du Toit and Schalk van der Merwe, who did a sterling job.

While Gunter, in her lead role, gave her best on the opening night - taking on a challenging and demanding role like Violetta that has its enduring qualities and difficulties - she was not as vocally powerful as she was expected to be. At some point she sounded as if she was miming.