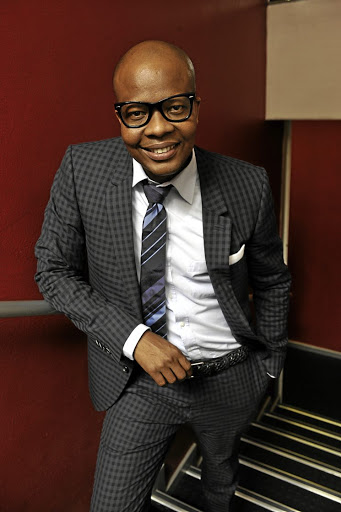 Mahlatsi, who is the show's executive producer and co-creator at Bomb Production house, said they have been hard at work preparing for telling the complex story of Shaka kaSenzangakhona. "We are committed to making a series that is both an epic drama for viewers to enjoy, but also respectful of the real history.

"We won't be rehashing the colonial version of Shaka, we are telling an exhilarating African story about a great African king and in the making of this we are equally excited about creating a platform for African talent," he said.

Mahlatsi added they will cast the net wider.

"We will depict the great kingdoms of the AmaThethwa, the AmaNdwandwe, AmaQwabe, AmaHlubi and AmaZulu among others, and on this epic canvas, we will see the heroic rise of Shaka."

Later in the year, they will embark on a nationwide search for three unknown faces to play Shaka across the different stages of his life - a child, teenager and adult.

The role was memorably portrayed by legendary actor Henry Cele in the 1985 mini-series. "We are leaning towards Zulu actors, but we are also open to other people that are very talented. We will cast our net very wide. We are looking for anything from praise poets, stick fighters, traditional dancers, community actors and theatre actors.

"People will make the Henry Cele comparison, but for me the most important thing is someone with a strong performance."

Here is your big chance to play the late Lebo Mathosa in her upcoming biopic.
Entertainment
2 years ago

Other key characters such as Nandi, Mkabayi, Dingiswayo, Zwide and Ntombase will be scouted during the open casting call. "We are looking for very strong women because the women in Shaka's life were very powerful. Princess Mkabayi was a very powerful mentors in his life," Mahlatsi said.

Principal photography will take place across KwaZulu-Natal. The creative team is hard at work scouting for locations in Zululand.

"The landscape is different now because people have built houses and stuff like that. But just for research it was very good to study the landscape and replicate that on other parts of the province," he said.

"Where we feel that we can't find something that works we will start looking outside the province."

The TV series is planned to depict Shaka's life over three seasons - his rise to power, at the height of his power and the end of his life. The first season that will consist of 10 episodes is scheduled to start shooting next winter.

"It's preferable in terms of the light, it's not harsh as summer. Visually it's very beautiful, but the actors will have a challenge with the wardrobe."