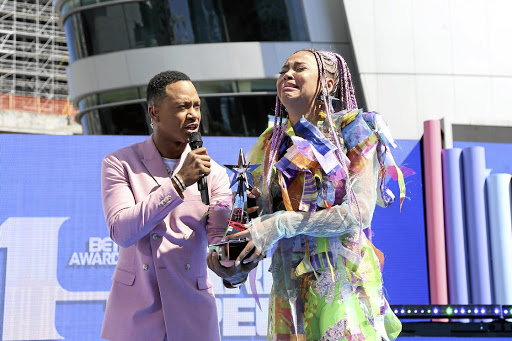 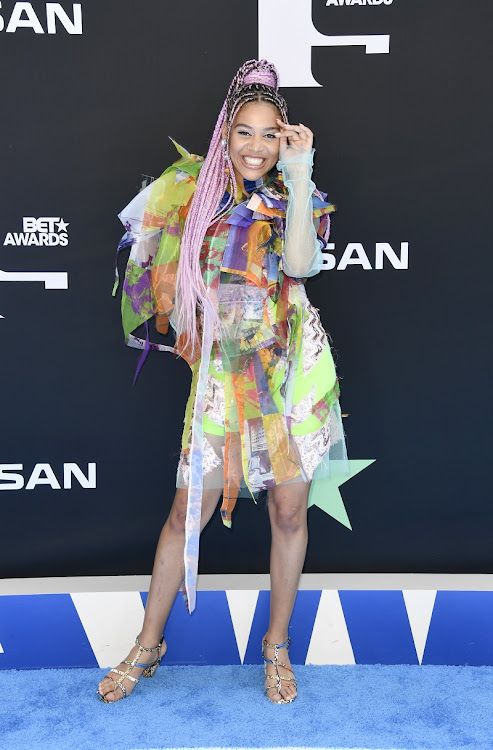 Sho Madjozi's big victory as Best New International Artist at the BET Awards in Los Angeles is for rural girls.

A teary Sho Madjozi's gong was handed over by Think Like a Man actor Terrence J.

"For me, my story is a testament that you can be from any village in any forgotten part of the world and you can still be a superstar. For the girls that come from where I come from - Limpopo - you don't have to change who you are to be big," she said.

Later in the night she shared a sweet moment with rapper Cardi B in which the US star rapper congratulated her over her win.

The 'Huku' superstar made history as the first female South African artist to win a BET.
Pic of The Day
2 years ago

Local rapper AKA lost out to his bestie Burna Boy for Best International Act award that was in the last two years won by SA artists DJ Black Coffee and Sjava.

Shozi covered the blue carpet that aired last night on BET Africa in a pearl beaded white dress made by local designer Rich Mnisi. It cost a whopping R94,000 to make the look.

We take a look at what fashion choices were chic and what was faux pas at this year’s BET Awards.
S Mag
2 years ago

Thando Thabethe, AKA & DJ Sbu: see what your fave celebs got up to this weekend