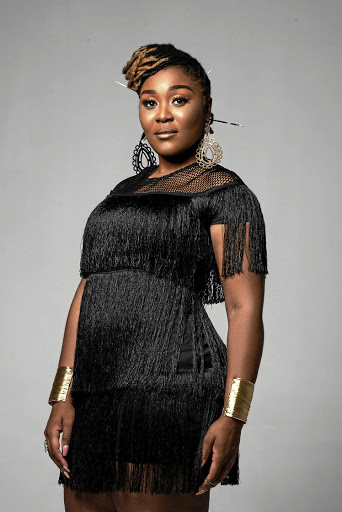 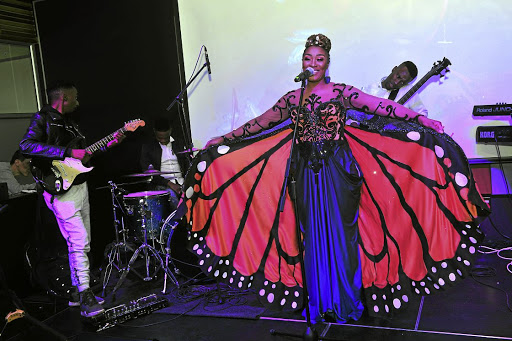 Songbird Lady Zamar is as enchanting as a butterfly - beautiful and graceful, and equally difficult to catch.

On Wednesday night this week, the Tembisa-born beauty was having her birthday soirée and she's dressed like a monarch - a black-veined orange, milkweed butterfly.

She refuses to disclose to me how old she's turning - I guess a lady never reveals her age. Everyone of her invited guests keep calling her Yami. A quick Google search informs me that it's short for her birth name Yamikani Janet Banda.

She is also launching on the night her second album titled Monarch.

"I feel amazing and happy, for the first time this year actually," she says. "The album has been a lot of anxiety and now that it's coming out it's a huge relief."

She says she wrote and recorded a total of 900 songs during the period. She describes the finished product as more personal than her debut offering King Zamar.

Mzansi was caught sleeping when local musicians Lady Zamar and Sjava publicly confirmed the end of their two year relationship.
Entertainment
2 years ago

"The most frustrating thing about making the album was that my voice was fatigued all the time because I was always on the road performing and I had to be 100% in studio recording," she recalls.

"The other thing that has been extraordinarily frustrating has been the number of producers that I worked with on this album.

"They are so many different energies and people because you want to make it better, so that has been intense."

She confesses that she was not completely satisfied with her best-selling and award-winning debut that yielded hits such as Love is Blind, My Baby and Collide.

The album has had 46 million total streams.

"I felt like I didn't have enough time. I wasn't ready and I put it out there, but it was such a success," she says.

"I always felt that I could have done more. I had time to write this time around."

As with her last record, love is a recurring motif on the album.

Lady Zamar recently confirmed her break-up with musician Sjava, but she insists she will never give up on love, no matter how many times she falls.

"Love is the most important thing in the world - the strongest and most dangerous. It can crush a person. I'm going to take my bad situations and turn them into lessons for me," she shares.

"I'm far from getting it right. I'm the worst at it, but my heart's desire is for it. My heart desires to find true love one day. I'm not going to give up."

Lady Zamar has had a roller-coaster ride ever since she was thrust into stardom two years ago.

During the period she was diagnosed with mild anxiety and started seeing a therapist.

"It was difficult to adjust both socially and personally. I like my space and privacy. So you are the new kid in the school and everyone wants to work with you suddenly and be around you," she explains.

"What kept me grounded was my mother and faith, 99% of people are not here for you. They are here for themselves - from the guys I've dated and the friends I've had. You have to figure that out and it's painful."

"In my family we speak English and that's how I was raised. I'm getting better at speaking vernacular now."