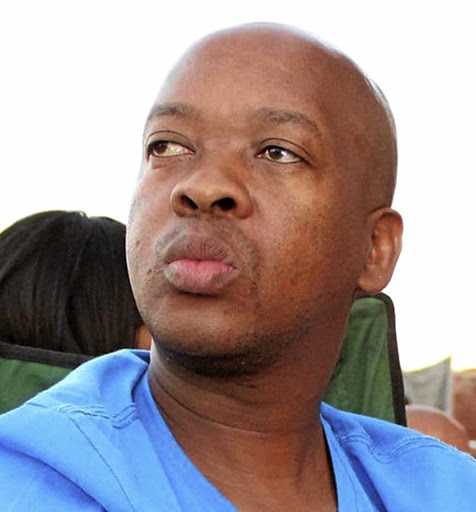 The listener who lodged a complaint against Thato "DJ Fresh" Sikwane with the Broadcasting Complaints Commission of South Africa (BCCSA) wants to hold him accountable.

Daniel Mokwa, also known as Snega Konyana, took DJ Fresh to task after uttering foul words; msu***y taken from the Zulu swearword for a**hole and for telling listeners to "stop tweeting from their a***s".

Speaking to Sowetan for the first time since the case was lodged, the man who identified himself as a socioeconomic activist, said he had taken it upon himself to get people to account for their utterances.

He lamented that the country was normalising wrong behaviours. "Whether you are a politician, mayor or councillor, people must account. People on the ground do not know how to initiate those processes. There are watchdogs everywhere," he said.

"Since they do not know where to report counsellors and mayors, they burn infrastructure and tyres. My plan is that we must make people accountable."

Fresh has been off air since last week as the SABC investigated the complaint.

Yesterday, there was outrage on social media as listeners called for his return. The hashtag #BringBackDJFresh was among the trending topics of the morning.

Mokwa argued that since Fresh was famous, people did not want him held accountable, comparing him to former president Jacob Zuma. He said if it was Zuma who said those words, he would have come under fire.

"Because it's the people's favourite, it's acceptable? Wrong is wrong, it does not matter who committed it. He should have applied emotional intelligence.

"He is on a platform paid for by my tax money. The SABC uses my tax money to have his services out there."

Mokwa said the issue started when people were commenting about TV starlet Khanya Mkhangisa's arrest which was captured on video.

He said a listener called in saying Mkhangisa would get away with it, because she was a celebrity and had DJ Fresh behind her.

"The guy was wrong. Fresh said the guy was talking msu***y and was tweeting from his a***. It was a joke in the studio. The following day, I tweeted, asking why Fresh used such language, and I said that he must apologise."

Mokwa said Fresh responded by saying "Make me", to which Mokwa responded that his choice of language was unacceptable.

"And he said... I cannot help you... BCCSA can. It was like he was challenging me.

"I complained, because I am concerned about moral regeneration."

Mokwa added that when he reported Fresh to the regulator he was not looking for instant fame.

SABC spokesperson Vuyo Mthembu said: "The SABC is not in a position to discuss the details of Mr Sikwane's scheduling as this is a matter between Mr Sikwane and the SABC. It must be noted that Mr Sikwane is not suspended but unscheduled."

On whether the SABC was going to bow to public demand that DJ Fresh must return, Mthembu said: "The SABC will follow all due internal processes in this regard. He has been unscheduled until further notice."