Actor Peter Mashigo fired from The Throne for abusing lover 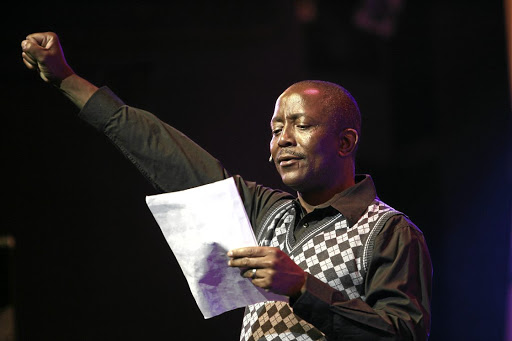 Troubled actor Peter Mashigo has been given the chop from The Throne, Mzansi Magic confirms.

As the Tswana telenovela produced by Connie and Shona Ferguson's production house, Ferguson Films, gets ready to wrap up its first season a statement issued to Sowetan confirms that they will part ways with Mashigo.

The show is distancing itself from Mashigo after he was caught on video assaulting his lover Ndundu Sithole in the streets of Pretoria last month.

"The channel is currently working on a thrilling season 1 finale and Peter will not be a part of the new season if it is licensed," Mzansi Magic's head of department for publicity and public relations Philly Kubheka said.

"Mzansi Magic does not condone any form of abuse, especially women abuse."

The Throne actor Peter Mashigo's flame Ndundu Sithole says she has been left feeling hopeless and helpless after she was "beaten up and choked" by ...
Entertainment
3 years ago

Talking to Sowetan Wednesday, Mashigo was shocked to hear the news.

"This is the first time I'm hearing about it, I didn't even know that there is a second season," Mashigo said.

"I have not heard from them nor my agent."

The future looks bleak for the drama that airs Mondays to Thursdays at 7pm with an ensemble cast of Tsholo Matshaba, Jerry Phele, Monnye Kunupi, Lerato Zah, Kagiso Modupe and Mpho Sebeng.

After almost a year on air, Mzansi Magic could not confirm if it would be renewed for a second season.

"The Throne is received well by the viewers and has grown tremendously. However, at this point we cannot confirm if there will be season 2," Kubheka said.

Mzansi Magic confirmed Mashigo will not be part of the production going forward.