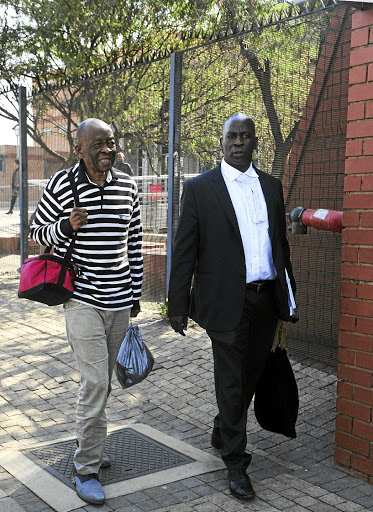 Msomi could not wait to have his favourite drink Coca-Cola that he has been longing for since he was arrested on March 16.

Msomi, who appeared at the South Gauteng High Court sitting at the Palm Ridge magistrate's court, was arrested for allegedly stealing R8m from the Living Legends Legacy Programme (LLLP).

After weeks struggling to put the money together, his lawyer Benito Mangolele confirmed that he was out.

Speaking to Sowetan after gaining his freedom, the seasoned writer said he was excited to finally get bail and go home.

Msomi said what he missed most while in jail was his favourite food amasi (sour milk with pap) and ujeqe (steamed bread).

Msomi said: "It feels good when things finally come together. I am happy but I feel the bail was too high. I am aware that people have been judging me. At least, I will have a chance to prove my innocence."

He has praised the Johannesburg Correctional Service staff, including the prisoners for looking after him. Msomi has revealed that he was going to write a book and film about his life experience.

Msomi will be living in Umlazi in Durban where he owns a house. His bail conditions include reporting at the Durban Central police station every Monday.

He was ordered to surrender his US passport and instructed to stay in the country for the duration of the trial.

According to Mangolele, R131,000 of his bail money came from the shares that Msomi owned in a communication company, while the balance was paid by different people.

The alleged disappearance of the funds was discovered earlier this year by acting chairperson Letta Mbulu.

Mbulu has stated that the money allegedly began disappearing from the trust account the same afternoon it was deposited on September 18.

Msomi returns to court in July for disclosure and consultation.

Playwright Welcome Msomi may finally go home this weekend when his bail is paid.
Entertainment
3 years ago
Next Article