'The Lion's Share': how Disney made millions from a poor Zulu artist's song 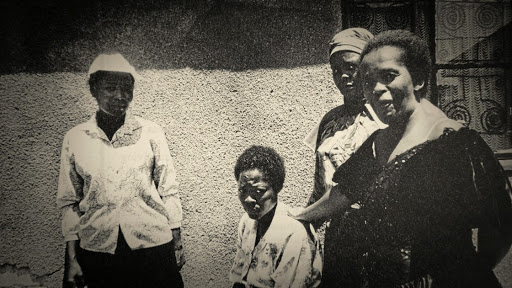 In 2000 journalist Rian Malan wrote an article for Rolling Stone magazine titled In the Jungle. It revealed the hitherto mostly unknown story of a Zulu musician named Solomon Linda who had recorded, together with his group The Evening Birds, a song called Mbube, or The Lion, which Malan said was "turned into a record that became a very big hit".

Linda's original composition would later find its way into the hands of American folk legend Pete Seeger, who recorded it with his band the Weavers as Wimoweh and credited the composition to a fictional character named Paul Campbell, an alias used by the Weavers' record company Folkways in order to allow them to collect the publishing royalties for a song which they believed to be a traditional Zulu arrangement.

In the '60s the song was reinterpreted by a group of Jewish Brooklyn teenagers called the Tokens, who added lyrics to Linda's original falsetto scat and released it under the title The Lion Sleeps Tonight.

The song went on to become probably the most recognised melody to come from Africa - covered by everyone from Tight Fit to R.E.M and Timon and Pumbaa in the Lion King film and musical.

It was estimated that US and SA record companies and Disney had made about $16m off a song that had come from Linda's recording, while the composer died penniless in 1962 - his family so poor they couldn't afford money for a proper tombstone.

In 2002 SA filmmaker Francois Verster, with Malan, turned the story of Linda and Mbube into a documentary that outlined Linda's story and the subsequent exploitation of his song and the glaring inequities of the ruthlessness of the international music business.

That film was called A Lion's Trail, and it went on to screen on PBS in the US and win various awards and is credited with helping to spur action on the part of local authorities as to what happened next.

Which is where Netflix, show runners Jeff and Mike Zimbalist, and their music documentary ReMastered: The Lion's Share, enter the picture and cause problems.

Directed by Sam Cullman and featuring a new interview with Malan and several scenes from Verster's film, The Lion's Share begins with a quick rehash of the backstory and a focus on Malan's personal story - as told in his bestselling book My Traitor's Heart - to lead us down a familiar path, which fails to adequately acknowledge the work already done by Verster, but is perfectly happy to use footage from his project without any indication before taking us to where the story of Mbube went next.

The crux of the new story is this: following Malan's article and the subsequent documentary, SA lawyers got involved and decided to sue Disney for their use of the song without proper acknowledgement or payment for its use in the Lion King film and musical.

In 2006 Disney agreed to a settlement to Linda's three surviving daughters for an undisclosed amount and on the condition that everyone involved in the whole, terrible saga - including Malan - sign non-disclosure agreements.

WATCH | The trailer for Netflix doccie 'ReMastered: The Lion's Share'

But though Linda's daughters believed the settlement would make them rich and help to vastly improve their impoverished lives, once again the wool was pulled over unsuspecting black eyes by clever white schemers - the lawyers deducting fees and members of the trust set up to handle the arrangements taking their share of the profits before passing them on, leaving Linda's family in much the same circumstances as they found themselves in before Malan came knocking in the early 2000s.

Malan, suitably outraged by the subsequent events, seeks to uncover the truth but is met by a bevy of benevolent white men who claim that the daughters have misrepresented events, drunk away the substantial profits they were awarded in the settlement and fail to recognise that perhaps, in a great and unintended ironic twist, they have done to Linda's family what was originally done to him.

Eventually it is revealed that, following the expiration of the Disney NDAs, each of the daughters received about $250,000 for the sins of the record companies but in the bigger picture, that's collectively barely 5% of what their father's song has earned over its lifetime.

The great failure of Cullman's film is similar to that committed by Disney and other American corporations in the case of its subject - pretending it is making these revelations for the first time and refusing to adequately acknowledge the work of those who came before. That said, it's still worth watching for a reminder of how, in spite of the way they seem to change, power and economic relations remain the same.