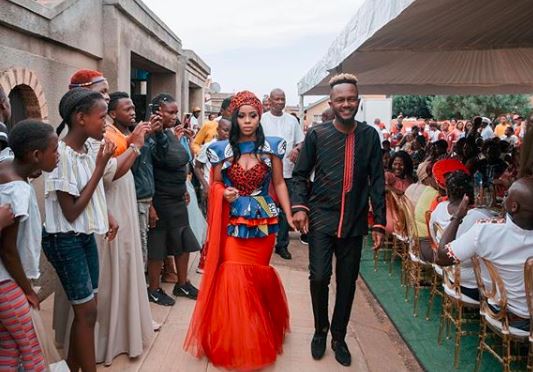 Kwesta's latest music video, for his single, Khethile Khethile, raked in half a million views on YouTube in just three days.

And judging by the hyperound it, fans have given Kwesta 100% for it.

The rapper has nailed down the recipe of how to cook up music and visuals that his fans can relate to.

Kwesta thanked his followers for the love and support.

So we hit 500k in 3 and a half days pure organic. Ngiyabonga futhi. If you haven't.. Check it out #KhethileKhethile ft @only1makwa @Tshego_AMG @TheeLegacySAhttps://t.co/hcS8jQiZTI

The video, which lets fans in on Kwesta and Yolanda's white weddingfew months ago, clearly hit all the right notes. Not only did fans get to see footage from the intimate ceremony that they had never seen before , but they were also mostly left in their feels by the beauty and raw emotions of some of the scenes.

There's a scene where Kwesta and his grandmother embrace and shed a tear that will tug at your heartstrings!

On Tuesday morning, the music video had 607,308 and was still going up.

Watch it below if you still don't know what the fuss is about!