The Throne actress doing her thing in bad girl role 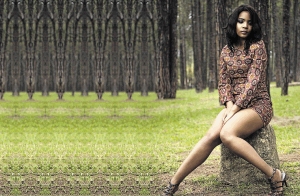 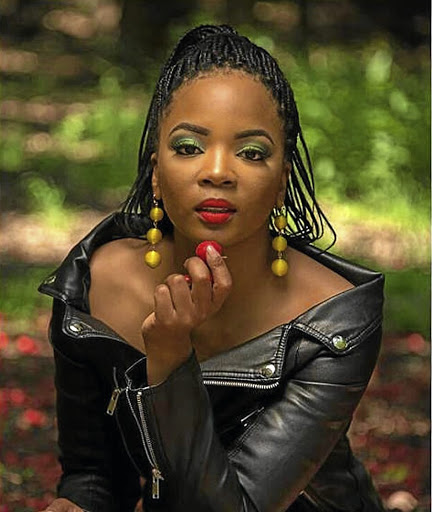 No more angelic goody-goody Kaone, as for the past five years viewers of Isibaya have grown to love her.

This is Mophuting like you have never seen and it's mostly thanks to her big physical transformation.

TV fans are used to seeing her with minimal makeup, natural hair and a muted wardrobe as Kaone.

But as she slipped into character as Sethunya this month with her weave on fleek, glam facebeat and flaunting her banging body, shots were fired and a new woman was born.

"It was so fun to dig into the character. We all have that bad side. I can be sweet, but I can also be very naughty. I brought out that side of me that people have never seen in me. It's not easy going that dark.

"People hate the character and it means I'm doing my job well.

"The glam aspect was also a lot of fun. I look different and deliberately so. Part of a transformation and being able to play a character is the makeup, hair and wardrobe.

"It's 30% of it, before you even perform people must be convinced by just how you look. In Isibaya they downplay my look and wardrobe to go with that character."

A big reason why Mophuting became a fan favourite with such a quirky small role is because of her effective comic timing.

Even as I meet her, she has such British humour - deadpan with strong self-deprecation.

"Initially when I came to Isibaya I was supposed to be there for a month. I just kept coming back," she says.

"People find me funny and I wasn't even aware of that. It wasn't until comedians started to point it out and I even worked with Kagiso Lediga on a skit show."

Born in Kanye, Botswana, Mophuting is the middle child of three children and her parents are academics.

"No one gave me attention, maybe that's why I became an actor. I had a sense of identity and independence from a very young age."

After high school she moved to Malaysia to study acting on a scholarship. She lived there for a year.

"I didn't quite like it. I didn't even date for a whole year. Listen I worked hard for that scholarship," she jokingly recalls.

In 2010, she made South Africa her home as she studied performance, writing and makeup at Afda.

Mophuting says her biggest struggle as a working actress in SA is booking acting gigs with characters who fluently speak Tswana.

"Many briefs that I have gotten have been specific that they are looking for a Nguni speaker because many of the shows are Nguni," she says.

"In the beginning I always had to convince producers or casting directors that I can speak Setswana fluently and my Zulu is not good.

"But it's changing with shows that are encompassing other languages that would have been ignored."

Mophuting has been single for the past year after getting out of an eight-year relationship with her first boyfriend.

Since the breakup she started the social media campaign #DoYouBoo advocating for women empowerment.

"I got tired. This time is just about me as I approach 30. I'm feeling a sense of urgency that there are so many things that I haven't done," Mophuting says.

"I was tired of giving so much energy. As women there is a certain expectation to give more in a relationship than men.

"We are like mothers and at this time I want a relationship where I don't have to mother anyone. I want a real man. Marriage was discussed and I got cold feet."

Mophuting is currently working on a short film directed and written by Muzi Mthembu.