Cici: I'm more of a woman than I was two years ago, my art will reflect that 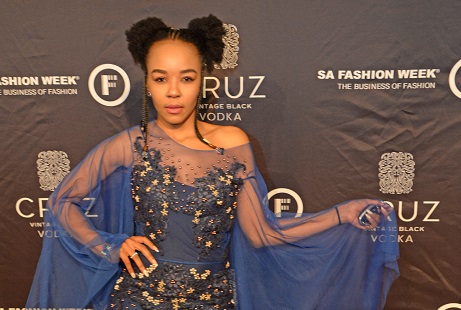 Cici is in studio working on new songs that show her evolution as an artist.
Image: Gallo Images / Oupa Bopape

Cici has come a long way since the days of her breakthrough hit Runaway. So much has happened in her life that she's sure her sound and her message have changed too.

The singer - whose debut album Busisiwe has been doing well both in sales and airplay - explained to SowetanLIVE's sister publication TshisaLIVE that she wouldn't change how the world was first introduced to Cici the pop star and the trajectory her career has taken since then shows her evolution as an artist.

"Artists evolve and it's just [like] that with me. A huge part my evolution happened in the public space. I probably won't go back to the kind of music Cici of that time released, but I am sure that my music will always have substance and no matter how it sounds, it will be my best offering yet."

The singer is currently in studio making new music but said she won't be releasing anything this year because Busisiwe, first released in late 2017, is so full of gems.

Her next release will reflect her growth. "I'm more of a woman than I was two years ago. My story changed, but surprisingly I am grateful for that experience. I have become such a stronger woman, so assertive - and I'm selfish with myself and who or what I allow in my space. My art will reflect that," she said.

Cici said no matter what musical direction she decides to take, she is sure that her purpose will always be to tell the story of women.

"Women are uniquely powerful and that's why we are socialised to believe that a man is better than a woman. Men have to be taught how to be powerful, when women are born that way - so we are then socialised to shrink ourselves in order to accommodate men."

Her fans clearly think she's on the right track, because the music video for her single Ngidinge has racked up over two million views since its release just over a year ago. Watch it below.