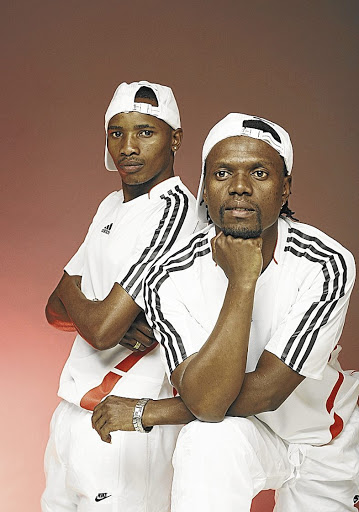 After weathering so many storms, mbaqanga outfit Ofeleba is excited to be nominated against the best in the South African Music Awards (Samas).

The group that is made up of Nqobani Dube and Khumbulani Kubheka, is nominated in the Best Maskandi Album category as well as Duo or Group of the Year.

In the latter they are up against Tshwane Gospel Choir, Spirit of Praise, Encore and Black Motion while in the maskandi category they compete against Thokozani Langa, Sgwebo Sentambo, Mbuzeni and Ichwane Lebhaca.

Despite facing some of the country's best talent in both categories, Ofeleba, which was founded in 1985, is not shaken.

Dube says that being nominated is the biggest honour, especially against popular genres such as house and gospel.

"Firstly, we are excited about being nominated again because we dropped the album Hi and Low very late.

"These nominations are a proof that mbaqanga is a recognisable genre.

"We are aware that we are up against the best groups but we believe we also stand a chance to win.

"We have two nominations and it would be nice to come back with one award at least."

Kubheka says that being nominated means that there are people who recognise their sound and talent.

"This means we do what we do right. And we should continue working hard as a group. This nomination is proof that mbaqanga exists as one of the genres."

It hasn't been easy for mbaqanga, having experienced different phases in its popularity and radio stations sidelining it.

In fact, Ofeleba is one of a few groups still standing.

Kubheka says they have managed to survive this long because of their unique sound that appeals to all age groups.

"Our music focuses on issues affecting people and also talks about love.

"We know there are many groups out there, but as Ofeleba we pride ourselves in entertaining songs that have a strong message."

The group's lyrics are inspired by personal experiences.

Ofeleba dropped their debut album in 1986 and released their 35th album High and Low in December.