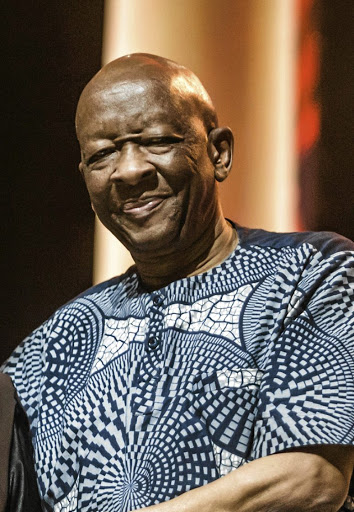 Welcome Msomi looks forward to going home and upbeat of his bail.

Playwright Welcome Msomi may finally go home this weekend when his bail is paid.

The legend, who is currently in custody for allegedly stealing R8m from the Living Legends Legacy Programme (LLLP) trust account, was given R200,000 bail last week.

Msomi, who has been in custody since March 16, finally supplied the South Gauteng High Court sitting at the Palm Ridge magistrate's court with a verifiable physical address of a house in Durban.

His bail application has been postponed many times because Msomi had supplied the court with different physical addresses.

Msomi's bail conditions include reporting at the Durban Central police station every Monday.

The judge also ordered him to surrender his US passport and instructed Msomi to stay in the country for the duration of the trial.

Seasoned playwright Welcome Msomi, who is accused of stealing R8m in the Legends Legacy Project, also allegedly embezzled funds from the Naledi ...
Entertainment
3 years ago

Bank not taking liability for looting
News
3 years ago

According to his legal representative Benito Mangolele, R131,000 of his bail money will come from the shares that Msomi owned in a communication company while R69,000 cash must be paid on Friday.

Mangolele, who had argued that his client was not well, said Msomi was looking forward to being at home.

Mangolele confirmed that a good Samaritan has offered to pay the R69,000 balance for Msomi's bail.

The disappearance of the funds was discovered earlier this year by acting chairperson Letta Mbulu.

Mbulu has stated that the money allegedly began disappearing from the trust account the same afternoon it was deposited on September 18 2018.

The LLLP was started by the department of arts & culture, and a trust was set up to empower the living legends when it comes to accessing opportunities available to them.