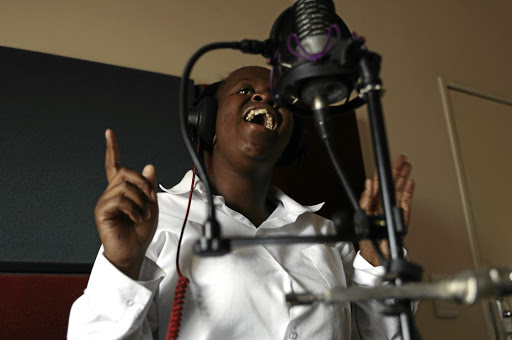 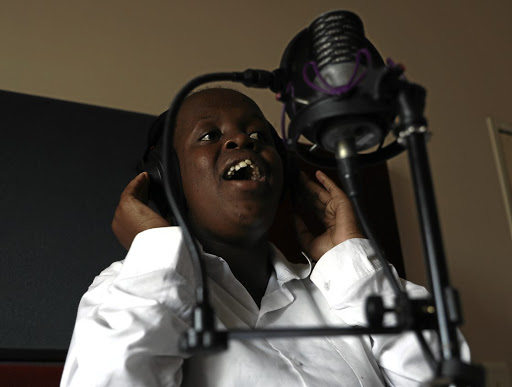 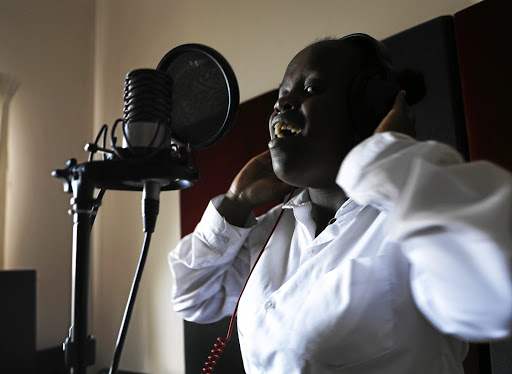 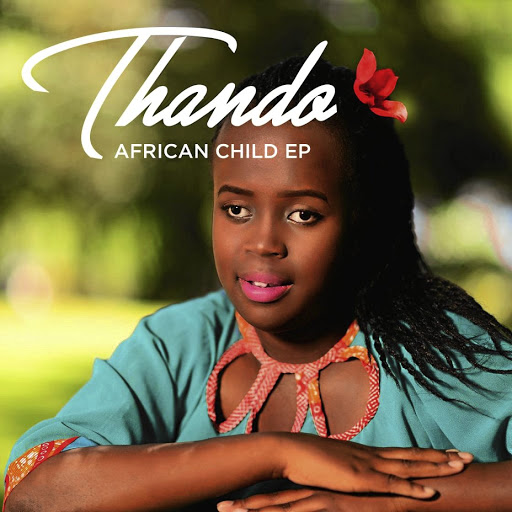 Diagnosed with severe intellectual disability as a child, Thandeka Khume's wings were clipped too soon.

Pushed to the margins of society and condemned to a life of worthlessness as she was subjected to ridicule and snide remarks, her future seemed bleak. Fast forward to 16 years later, Khume has rewritten the story of her life.

She is now a bona fide songbird, soaring the heights of music as she works with the likes of sought-after hitmaker Mojalefa "Mjakes" Thebe who wrote and produced hits for Zahara, Robbie Malinga and Brown Dash among others.

Khume's first single, African Child from her debut EP has been released to radio and is making all the right noises. Her sweet, melodic and rousing voice wafts beautifully over the powerful Afro-pop songs.

Speaking from Mjakes' studio in Fourways, yesterday, the Grade 5A learner from Nokuthula Special School, who now goes as Thando, was still in disbelief.

"Sometimes I don't believe what is happening and how I got here. I'm so happy.

"I realised I could sing at eight years old, but it was difficult for people to accept that I could progress in life, because of the disability. They judged the book by the cover and the community laughed at me.

"But I carried on, I didn't want to let people put me down and make me feel worthless. I continued to sing at school and that's where they spotted me last year," she says.

For Masingita Masunga, a long time campaigner for the rights of people living with disabilities, a chance encounter with Khume at her school was a date with destiny.

"She sang Nathi's Nomvula and Zahara's Loliwe, and she was amazing. I thought this child was so talented, but I had to be realistic, so I called Mjakes for his opinion because I knew he wouldn't compromise his reputation and say it's okay when it's not. "She sang Nomvula to Mjakes and he couldn't believe it."

Mjakes gushed: "I was captured by her confidence, because when we asked her to sing, she went for it and belted it out. I saw a star.

"Working with her in studio has been a pleasure. She takes my ideas and personalise them. She embraces material and make it her own. She has a solid and strong voice for a teenager and she's not a CSI (charity) project, she can carry her own weight." With the bright lights of fame beckoning Khume said it's going to take some getting used.

"I'm scared to tell the truth, but excited. There was a time I wanted to believe people who said I would amount to nothing because of my disability. I sat my aunt down and asked her if it was possible for someone with a disability to be a success. She told me to not mind people and focus on what I was good at. I'm glad that I listened to her.

"I now know that a disability doesn't mean the end of the world. You can still reach for your dreams and never let a condition put you down, not even a disability."

Talking about her music, Khume said it evoked sadness.

"I suffered a lot as a child. My parents left me when I was four years old and African Child ignited my sore heart that I don't have parents. But a part of me reminded me that I have an aunt who brought me up and I should be appreciative."

Soze Undishiye is a reminder that God is always by your side, she explained. "Even when people doubt and judge you God will always be with you."

On Gomora she pays tribute to her hometown of Alexandra by remembering the legends that grew up there.

With such a promising future, all Khume longs for is to take her aunt and her 21-year-old sister from the one room they share in Alexandra into a bigger house.