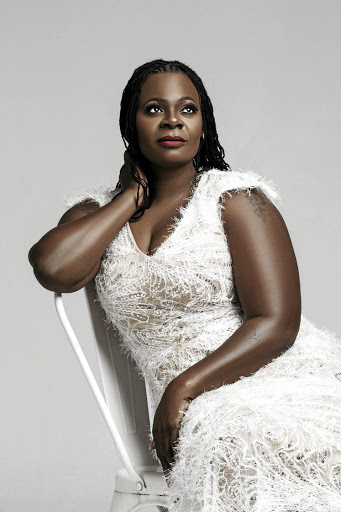 Judith Sephuma may have been lauded and celebrated for her extraordinary vocal abilities but she was a woman dying inside.

She fesses up to me as we speak about her eighth studio album, Power of Dreams, launched yesterday at the Joburg Market Theatre.

"It was a dangerous place to be in. I felt like I was losing my creativity. I was just singing, but I was dying inside. I needed activation and I couldn't get it here. I had to go to places where nothing was familiar," Sephuma said.

And so she packed her bags and left her children for a trip halfway around the world.

Her first stop was London, where she sampled the British way of life.

The journey continued to Atlanta, Georgia, in the US, where she immersed herself in the culture and lifestyle. For eight weeks she lived the American way, being with families at thanksgiving, going to church and meeting ordinary folk.

But it was in the nightclubs where the activation happened. "I met the most amazing people who have worked with amazing artists. You'd find that everybody in the band was a producer.

"I enjoyed sitting there and listening to other people sing. Every Tuesday, Thursday and Sunday were open mic sessions where people who had 9 to 5s but never pursued music sang. It was life-changing for me. I loved it so much I wanted to live there.

"In New York, I walked up to a busker playing the saxophone with a backtrack of Somewhere Over the Rainbow. I asked to sing with him and we made a beautiful sound. I realised this was what I was running away from.

"I always want to give audiences something more and to do that I needed to be refreshed and share the inspiration I have drawn from the world," said Sephuma.

The eight-week sojourn was the incubation she needed to birth Power of Dreams.

She reunited with Joseph Williams, who she met when he was working with Frank McComb and spent some time in South Africa and was her music director. He went back to the US to work on a tour with Babyface and she found him at the end of it.

"He's streetwise like me. He doesn't play much by the rules but he plays by the rules. He's an amazing drummer, always surrounded by producers. He had time and space and respected my ideas."

The album title is also the title of a song written by her 17-year-old daughter Lethabo.

"I wanted to inspire my little girl. She's artistic and smart; so mature for a 17 year old. When I was her age I couldn't think like that. I want her to continue writing. She's now keen to learn how the business works; how to make money from writing music and secure her talent."

Some of the standout tracks are Dance, a samba-kissed ditty which Sephuma says naturally lent itself to the South American beat.

American musician Masego redeemed himself by rocking the crowd yesterday in Johannesburg after missing his performance in SA last year.
Entertainment
2 years ago

Maropeng doesn't stray away from her melodies of singing about home, only, she says, the song is sexier and you can sing and dance to it - plus the words are easy to remember, much like Ntshwarele, which keep the fun going.

The curiously titled A Man Like You gets her singing in tongues - Italian, Spanish and Sepedi. I ask her if she has found love.

"No, it means when I wrote that song I had observed people. You know when you're single you look at others in relationships and see how they treat each other and I saw a lot of love in my trips.

"I also watched a TV series called Power and I loved how the men treat their women in there; I was in dreamland."

She says it was important for her to bare her soul. "If I don't bare my soul I would be back at that dark place," she said.

Sephuma has accomplished a lot since her 2001 smash debut album and single A Cry, A Smile, a Dance.

"When you're used to travelling with people, there comes a time when you have to be alone, it's so important. It's your journey to discover things by yourself with no one influencing your mind. I was afraid but I loved it. I will never do it again, . [or] possibly in a few years. You know you are older when you can travel alone.

"I'm possessive over my sound. I'm selfish with my gift and being South African and African, no one can change what I am. Everything that went in the album goes with my sound."